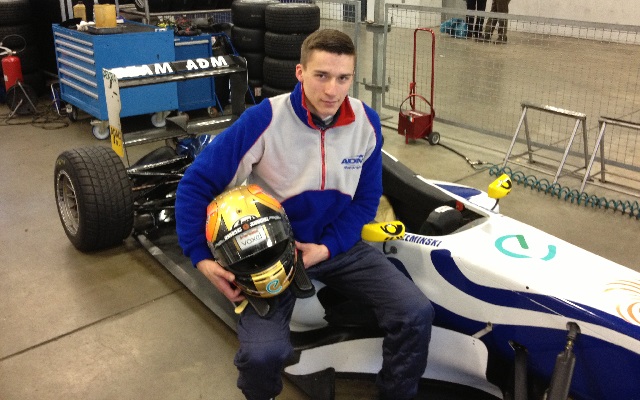 Warsaw-born 20-year-old Tomasz Krzeminski will join the ever increasing German F3 grid, having struck a deal to race with ADM Motorsport in the 2013 season.

After a rather successful local karting career, Krzeminski joined the French F4 championship in 2011, placing 18th in the standings at the end of the year. He also did the Formula Renault UK Winter Series that year, finishing 20th with six races under his belt. He largely sat out 2012, joining Mark Burdett Motorsport for the Zandvoort round of Formula Renault 2.0 NEC, where he recorded a 12th place and a 13th place finish.

“I am so happy to be driving in the ATS Formula 3 Cup with ADM Motorsport”, said Krzeminski. “Like myself, the ADM Motorsport team is a young one, full of passion. I hope we can enjoy success together this season. They have achieved a great deal of success in many categories of motorsports and I hope to help them carry that on into Formula 3.”

The team principal, Renato Melchioretto, added: “Tomasz will do very well. We have tested him thoroughly. He was very fast at our tests in Adria, Hockenheim and at the Nurburgring. We feel confident about the 2013 season.”

Krzeminski will partner rookie Matteo Caroli at the squad which scored two podiums with Alon Day in 2012.