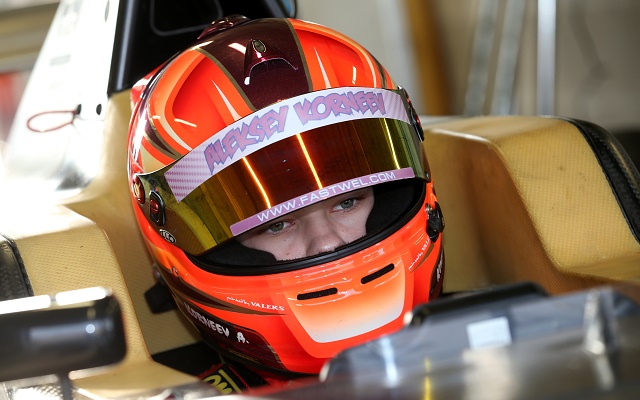 Starting from the front row, Korneev dropped a spot off the line but pulled off two overtakes to claim victory.

Neither him, nor poleman Valentin Moineault had a particularly bad getaway, but both had to surrender to a fast-starting Axel Matus into turn one.

And early in the race, it seemed Matus’ first win in the category was a foregone conclusion, the Mexican gaining rapidly on the field.

With Moineault appearing to struggle for wet weather pace, Korneev dived past him for second, with race winner Sacha Fenestraz following through a few corners later.

Out of nowhere, the duo then began quickly making up ground to Matus, whose lead was only protected by a sudden safety car appearance, which came out for Reuben Kressner‘s off from P5.

Matus was solid on the subsequent restart but both Korneev and Fenstraz kept up and the former soon took the lead. Fenestraz followed almost immediately, completing a bold move on the Mexican.

The Frenchman then put a lot of pressure on Korneev, but the Russian held on and took the checkered flag despite briefly running wide on the final lap.

Matus claimed third, ahead of fellow returnees Moineault and Simo Laaksonen, who had started the race in 12th.

Update: Nerses Isaakyan was demoted to P15 with a 30-second penalty for “unsportsmanlike behaviour”.