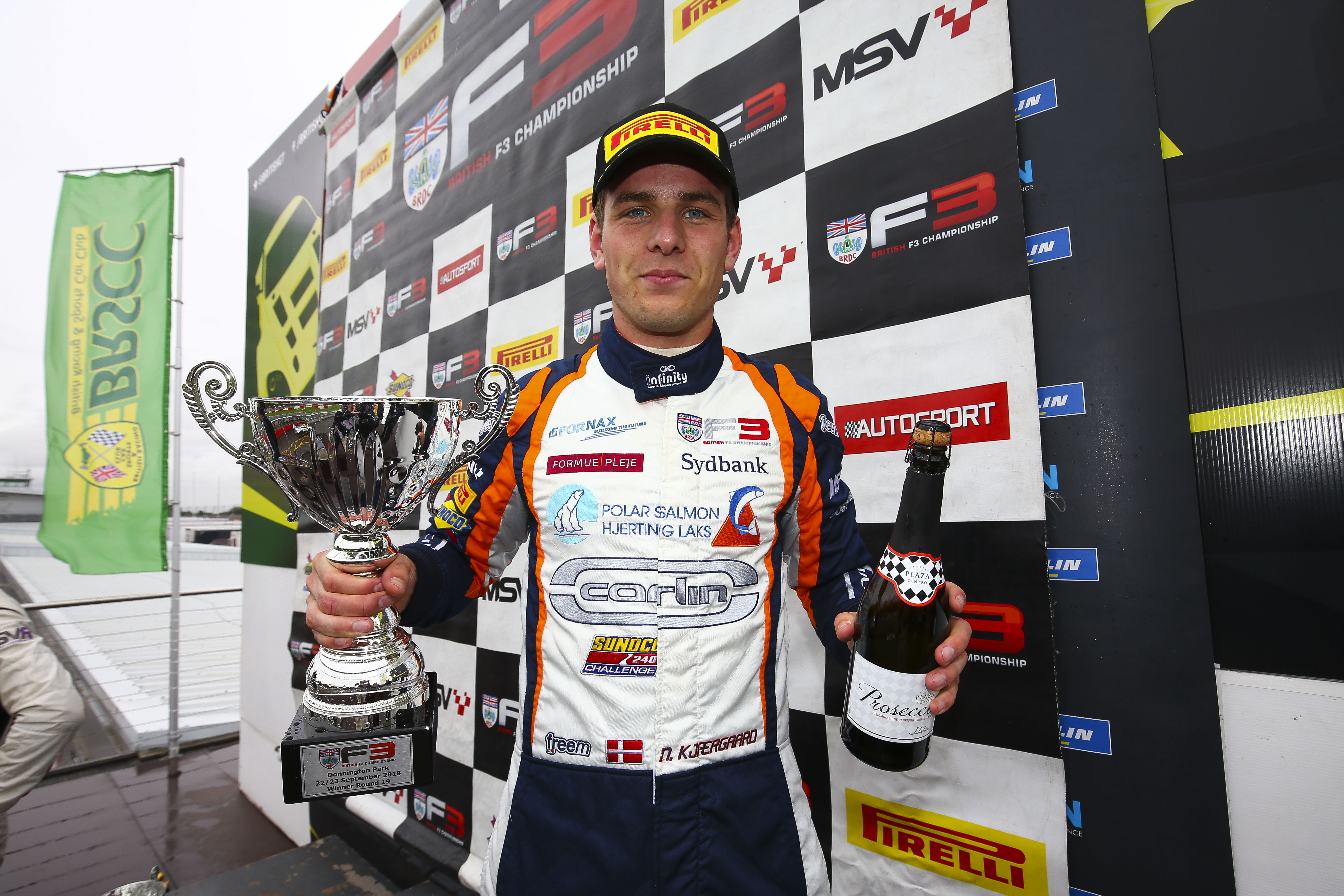 Nicolai Kjaergaard took his second BRDC British Formula 3 win of the weekend at Donington Park in race three to enhance his title chances heading to the final round.

Billy Monger started on pole for the second time this weekend, and although his Carlin team-mate Kjaergaard got a better start, Monger kept hold of the race lead on the inside at Redgate.

Monger led by three tenths of a second at the end of the first lap, but then dropped to fourth after a mistake towards the end of lap two.

The safety car came out on lap three, with Kjaergaard leading Krishnaraaj Madadik and Monger, with Jamie Caroline pitting and retiring out of third place due to broken suspension.

As in race two, repairs to kerbs at the chicane caused a lengthy delay, with the race eventually getting back underway with just five minutes left.

Kjaergaard pulled away from Madadik to win by two seconds, with Mahadik – who started sixth – resisting pressure from Monger, who completed his competitive return to Donington by claiming his third podium of the year.

Jamie Chadwick finished fourth ahead of debutant Hampus Ericsson, while Max Defourny took sixth after diving inside both Ayrton Simmons and Sun Yue Yang at Redgate.

Race two winner Sun ended up ninth behind Manuel Maldonado and ahead of Sasakorn Chaimongkol.

Starting 16th after his crash at the start of the dry race two, championship leader Linus Lundqvist grabbed 11th at the flag ahead of Tom Gamble – who was stripped of his second-place finish in race two for a technical infringement around the bolts fixing his car’s undertray.

Having finished no higher than eighth this weekend, Lundqvist will take a reduced lead of 50 points over Kjaergaard to the final round at Silverstone, having been 111 ahead coming to Donington.