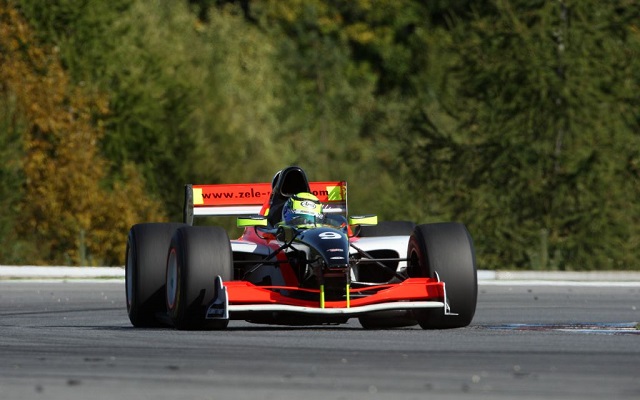 After having participated in all but two rounds last year, Hungarian driver Kiss Pal Tamas has been officially confirmed for a second year in Auto GP after signing with Austrian squad Zele Racing.

Kiss started his international racing career in 2008 in LO Formula Renault Suisse and would switch to Formula Renault UK the following year. He spent two years in the series, finishing his sophomore season in third place.

In 2011, he stepped up to GP3 and spent two seasons in the series, taking a victory at Barcelona and a second place in his first-ever appearance at Monaco.

Lack of budget forced Kiss to start 2013 without a seat, yet he wound up getting a chance from Auto GP team MLR71 midway through the season and would stay in the series, racing two other teams throughout the remainder of the season. The 22-year-old scored points in every single race and ended up fifth in the standings.

?It?s good to be back at a place with people you know. My expectations are high, because the cooperation with the team was already very good last year,” said Kiss. “And from what Michael (Zele) told me, they have gained more experience and won several technical partnerships. So everything seems ready for us to battle at the front?

?Tamas proved his skill last season and it is nice to have him on board again. He has great potential and we believe that together we can take the next step this season,? added Michael Zele, team boss.

Austrian squad Zele Racing will race in their third season in the championship, which will start on the 12th and 13th of April at Marrakech.