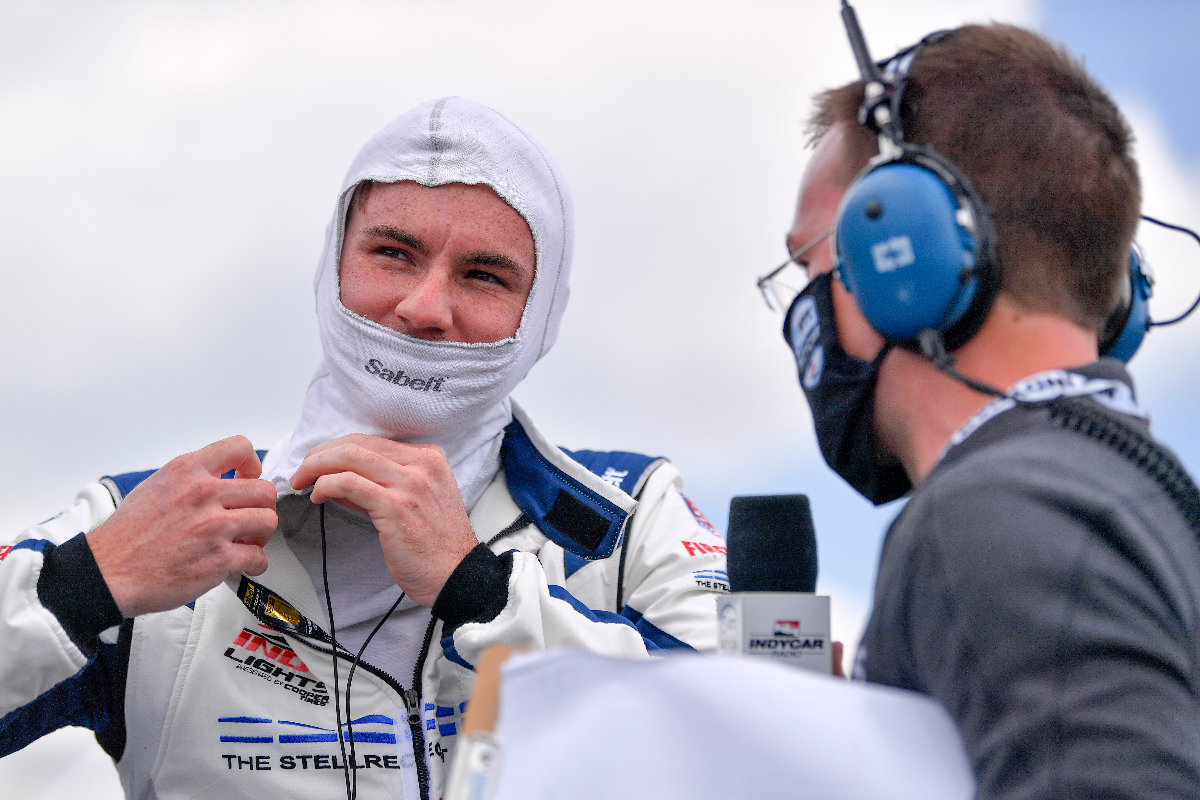 Kyle Kirkwood set the pace in Indy Lights’ sole free practice session on the streets of St. Petersburg, which was disrupted by one of his Andretti Autosport team-mates crashing.

HMD Motorsports’ David Malukas was the first to search for the limits, going fastest early on and then continually improving to bring the fastest lap down to a 1m06.0398s at the halfway point of the 40-minute session.

The driver getting closest to him was Andretti’s Danial Frost, mirroring his improvements but never quite matching them until with 18 minutes to go he went to the top with a 1m05.9561s.

He was pushing even harder two laps later when he went too deep into the turn 10 left-hander and drove into the barriers at the exit of the corner, requiring the session to be red flagged.

During this time the local internet went down at the street circut, meaning laptimes weren’t being shown when the session eventually restarted.

Frost was allowed to keep his fastest lap from before the crash, and that left him in fourth place by the session’s end.

Kirkwood and Alex Peroni (Carlin with Jay Howard Driver Development) brought the pace down to 1m05.3s territory, and in the end just 0.0143 seconds seperated them at the top as the chequered flag was waved.

Malukas improved to claim third, while behind Frost was Global Racing Group with HMD’s points leader Linus Lundqvist and the closely matched Benjamin Pedersen (GRG with HMD), Devlin DeFrancesco (Andretti Steinbrenner) and Robert Megennis (Andretti) who were covered by just 0.0398s in the sixth to eighth places.

Each driver got three uses of the push-to-pass overtaking system in the session ahead of its planned reintroduction in this weekend’s races.