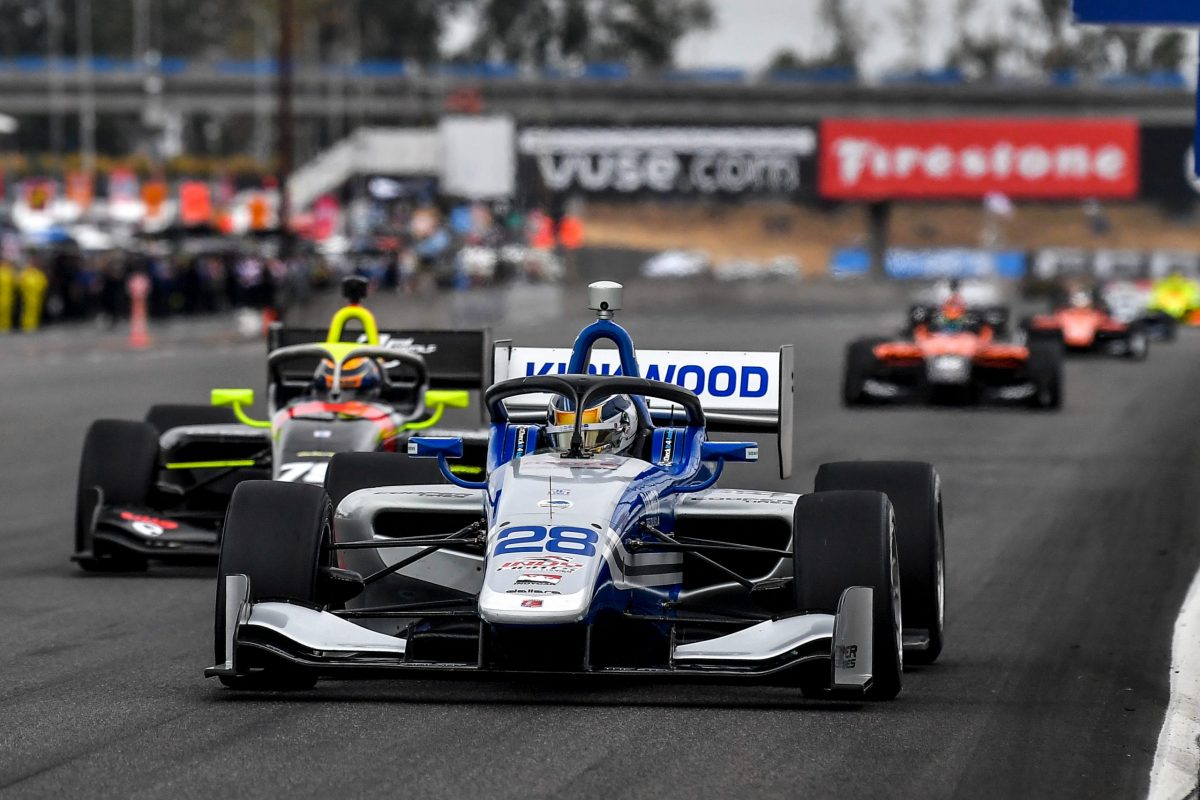 In the first race at the circuit it was HMD Motorsports driver Malukas who won, after lap one chaos led to the order needing to be reshuffled and poleman Malukas being sent back to the front after losing the lead.

He took pole again in race two, but battling with Linus Lundqvist (Global Racing Group with HMD) allowed Kyle Kirkwood to make an opportunistic move past both go from third to first and then pull away to win.

“This might be my favourite win of the season so far. We haven’t had it the entire weekend but we kept chipping away at it and the car was the best it’s been all weekend. It was just on rails, even on old tyres.

“This is super important since [Malukas] had three wins in a row.

“That one was a little bit gifted, because they went down the inside and I was able to cross them up and go around the outside with so much more momentum than they had. I only had one shot at it, but it was a matter of right place, right time.

He added that the win “is crucial” for his title hopes, and “super important” at a circuit where HMD was dominating at.

Malukas, now five points ahead in their battle for the Indy Lights crown and therefore an automatic promotion to IndyCar, was also thrilled by the on-track battles despite coming off second-best in race two.

“The first lap was great,” he enthused.

“We couldn’t get away as much as we would have liked, especially since Linus was on new tires. Once he got into push-to-pass range going into turn one, I knew it would be intense. I had to protect the inside and I didn’t know Kyle was on the outside.

“We were quick out front but once we were behind Kyle, in the aerowash, I was just scrubbing the tyres trying to stay with him. I had to back off because I knew Linus, on the new tyres, would be coming.

“But it’s a win at any rate as we know it’s going to be tight through Mid-Ohio. It’s great for the fans and I’m loving it either way, as long as we keep showing our performance for next year.”