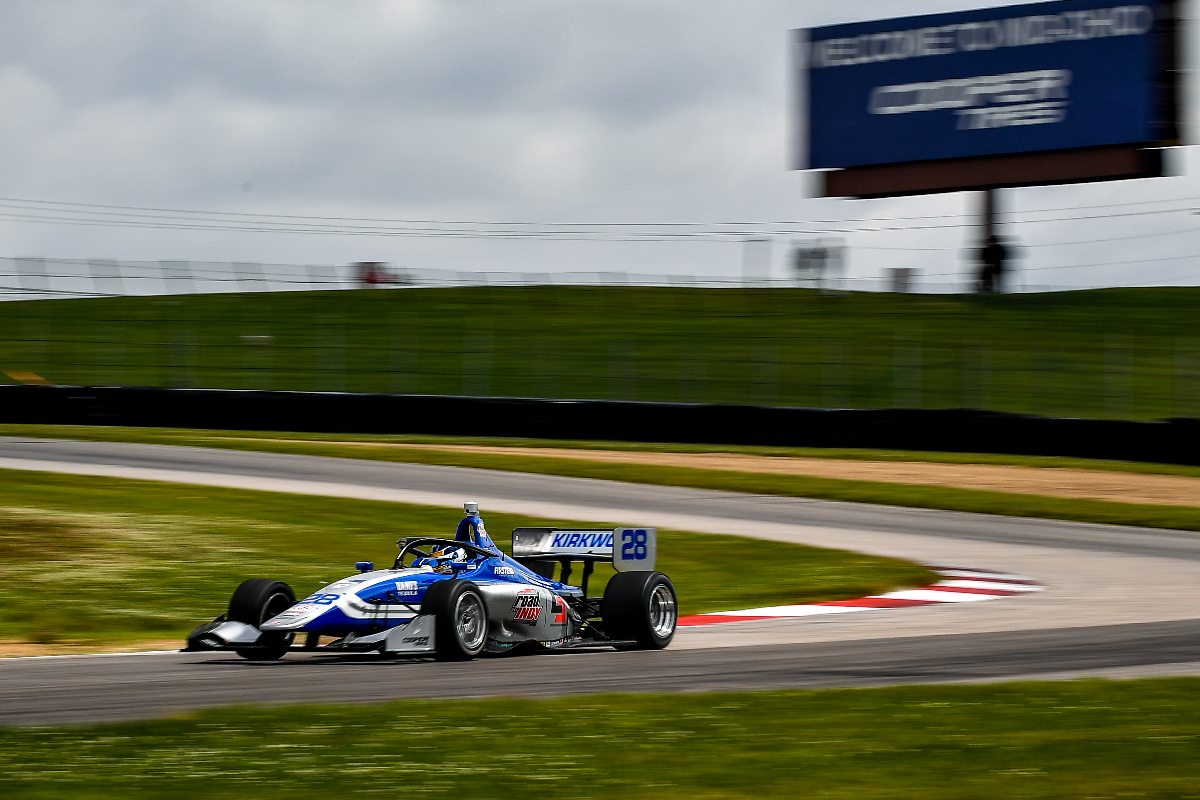 Kyle Kirkwood took his third pole position of the Indy Lights season at Mid-Ohio, as laptimes improved at the end of qualifying despite a mid-session rain shower.

Much of the 30-minute session was a case of quick laptimes alternating between Kirkwood and HMD Motorsports’ David Malukas.

Kirkwood had the top spot halfway into the session ahead of points leader Malukas as the drivers came in to swap onto a fresh set of tyres just as a brief rain shower hit the circuit.

That dropped the track temperature, but the sun was out pretty swiftly afterwards and dried the track out and eventually it was grippy enough for even faster laps to be set for everyone on the winding circuit.

Kirkwood dropped from first to fourth in the second half of qualifying, but bounced back to take pole by 0.2819 second ahead of Malukas, while Andretti Autosport team-mate Danial Frost took third. The point for pole means Kirkwood is now seven points off championship leader Malukas and one ahead of Linus Lundqvist.

Lundqvist’s team-mate Benjamin Pedersen was sixth, ahead of Juncos Racing’s Sting Ray Robb who was 10th after the first runs.

Robert Megennis (Andretti) was the first driver to pit for new tyres and made an improvement on his final effort to go eighth, while Toby Sowery (Juncos) ended up ninth. He had been fourth fastest in the first dry portion of the session, but faded down the order and then stopped before returning to the pits at the end of qualifying.

Carlin with Jay Howard Driver Development’s Alex Peroni was 10th and over a second off the pace despite looking quick early on.