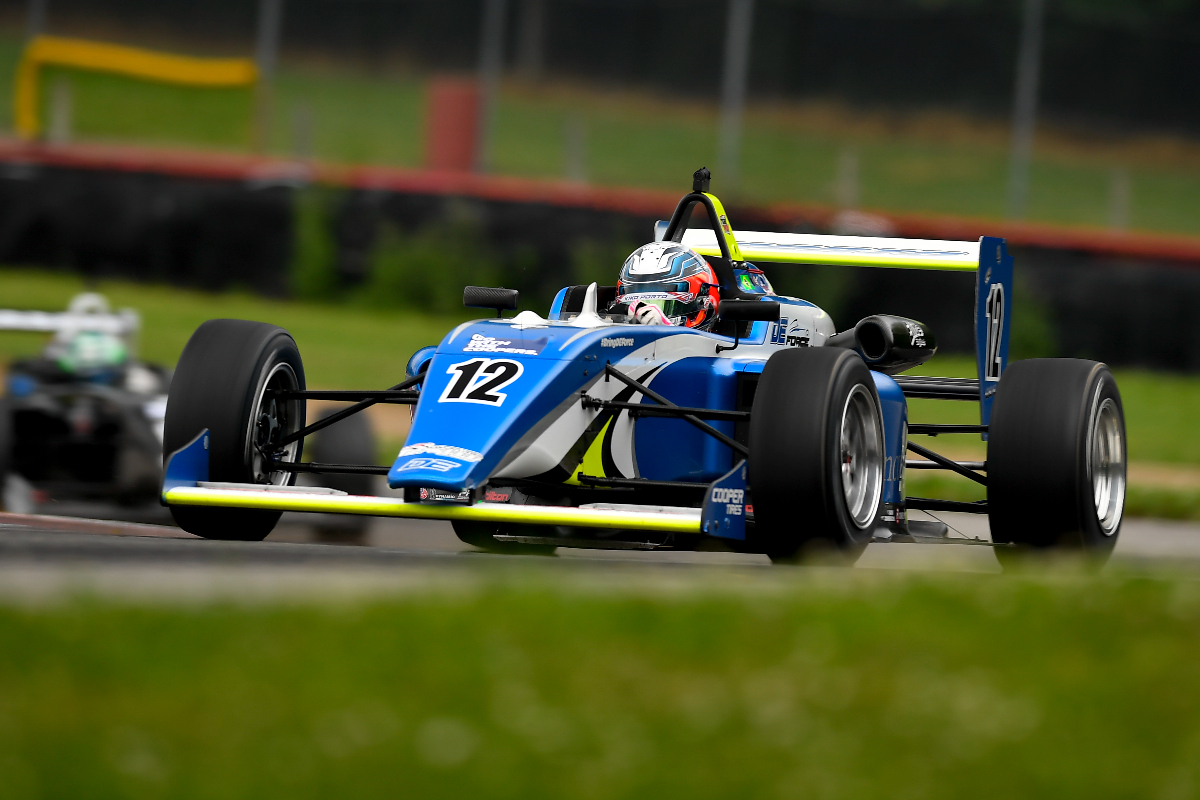 DEForce Racing’s Kiko Porto will start from pole for the first USF2000 race of the triple-header weekend at Mid-Ohio, and he may do the same for race two.

Laptimes improved throughout the single 20-minute qualifying question, with Cape Motorsports’ Michael d’Orlando at the top of the times for much of the duration.

D’Orlando pitted for fresh tyres with a few minutes to go, and went even quicker, but then as he returned to the pits again he was knocked off pole as Porto was able to come through and put in a lap almost three tenths of a second faster.

DEForce proved to be competitive around the winding Mid-Ohio course, with Nolan Siegel taking third on the race one grid for the team and just a fraction of a second behind d’Orlando.

Legacy Autosport’s Simon Sikes moved up out of nowhere late in the session to take fourth, while Exclusive Autosport’s Billy Frazer was the pacesetter at one point but slipped back to fifth.

Porto’s closest championship challenger Yuven Sundaramoorthy did not make much of an impression throughout the session and ended up only 13th.

Exclusive’s Christian Brooks once again struggled to get up to speed and equals his worst qualifying of the season with 15th, one place behind DEForce’s Prescott Campbell.

Cape’s Road America race two winner Thomas Nepveu ended up outside of the top 10, just ahead of Exclusive’s Matt Round-Garrido. However the pair are provisionally in the top 10 for race two, where the grid is set using either a driver’s second-best qualifying lap or their fastest race one lap. Based on qualifying times alone, Nepveu and Round-Garrido are fifth and eighth.

The top four in unchanged from race one on the provisional race two grid, with Porto over three tenths up on d’Orlando at the top of the times.

The 28-strong grid, the largest since 2013, included two rookies in JHDD’s Chase Hyland and Turn 3’s 14-year-old protege Christian Weir, who was 23rd fastest. Legacy Autosport’s Nathan Byrd was 28th and slowest as he qualified for his first ever road course race.