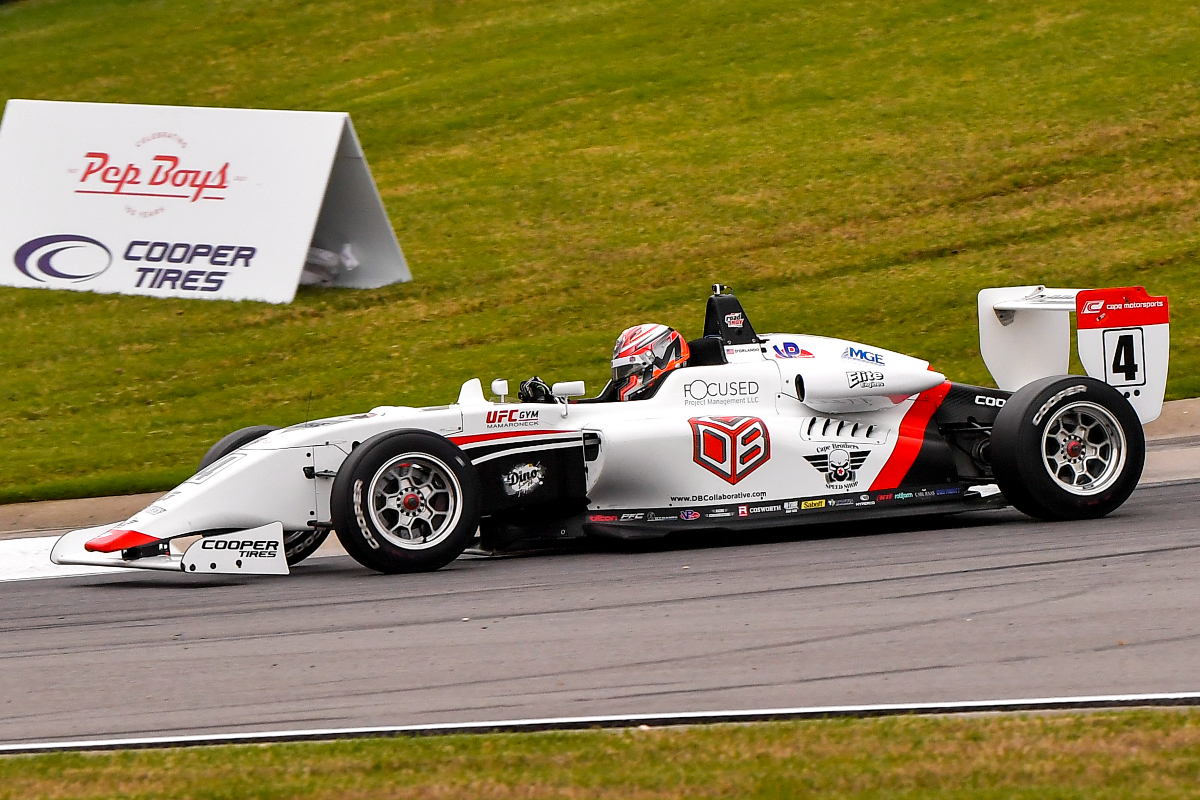 Cape Motorsports’ Michael d’Orlando pulled a brilliant move to win in this weekend’s first USF200 race at Mid-Ohio, and he moves up to second in the standings.

It was a smooth start for the frontrunners who were able to keep their starting position, with DEForce Racing’s Kiko Porto leading the field away from pole.

Meanwhile in the midfield, Prescott Campbell and Myles Rowe made contact at turn one, and were forced to retire. The incident created the first full course yellow situation of the race.

Porto was able to hold the lead after the restart and was leading comfortably when another full course yellow appeared in lap 12 to recover Erik Evans’ car who spun after being hit from behind.

It was d’Orlando’s time to shine once the race resumed as he pulled an outstanding move round the outside of Porto to take the lead.

Third place went to Simon Sikes, who held on to his starting position for all 20 laps of the race, while the first FCY restart played out well for Billy Frazer, who overtook Nolan Siegel for fourth place after a close battle.

For former points leader Sundaramoorthy it wasn’t a strong afternoon as, despite making up three places to finish in the top 10, he lost second in the standings to d’Orlando.

Thomas Nepveu, who claimed his maiden win last time out at Road America came home in 13th after starting 11th.

The grid for race two has been settled on second-best qualifying laps for the front places, and it will be Porto who starts at the front again for tomorrow’s race.