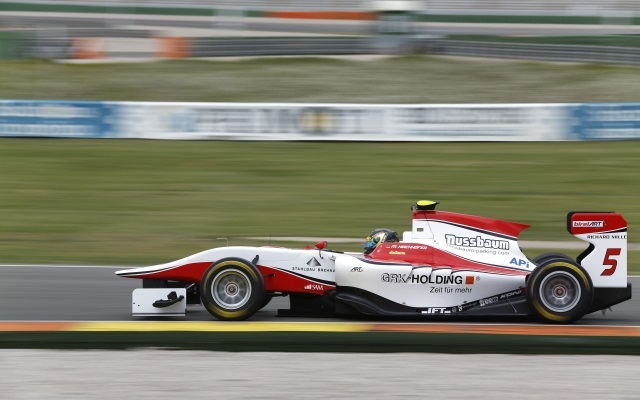 Marvin Kirchhofer recorded the fastest lap of day one at the second GP3 pre-season test at Valencia.

The German ART driver, who is preparing for his second season in GP3, took the lead in the final stage of the afternoon session, dethroning morning session pace-setter Alex Palou, who again led much of the session.

The trio of Italian Luca Ghiotto, Frenchman Esteban Ocon and Spaniard Palou were the closest chasers of Kirchhofer, finishing in second, third and fourth respectively and withint two tenths of the German.

Kevin Korjus was the fastest Koiranen driver as he stands in for Adderly Fong for this test, followed by Pal Varhaug and Emil Bernstorff.

Trident’s Oscar Tunjo was eighth fastest and the top ten was rounded out by Koiranen pairing Matt Parry and Jimmy Eriksson.

Rovera among additions to Euroformula Open’s first round