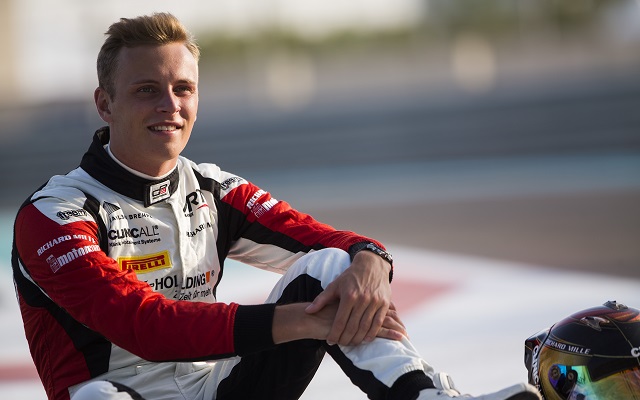 Marvin Kirchhofer was quickest in the final GP3 free practice of 2015 at Yas Marina, edging out title rivals Luca Ghiotto and Esteban Ocon by one and two tenths respectively.

The trio traded the lead among each other during the final part of the session with the German eventually ending up a tenth ahead of Ghiotto, whose final effort was only good enough to split the ART duo.

Koiranen’s?Matt Parry and Jimmy Eriksson were fourth and sixth fastest respectively with Kevin Ceccon ending up between them as the trio was separated by less than a tenth.

Coming into the season finale, Ghiotto leads Ocon by two points in the standings, while the difference between Kirchhofer and Emil Bernstorff, only 20th in this session, in third and fourth is half of that.