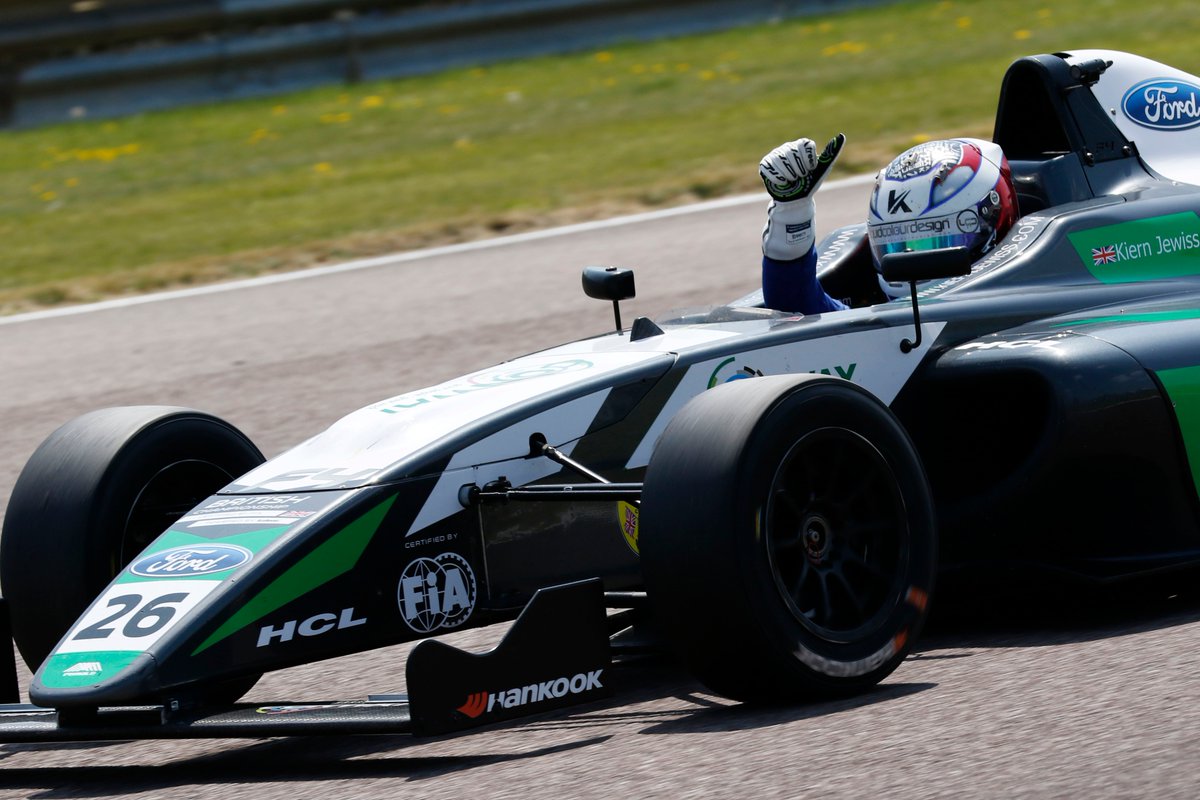 Kiern Jewiss avoided the drama to take his second victory of the British Formula 4? weekend at Thruxton in race two.

The Double R Racing driver was running in fourth behind Patrik Pasma and Ayrton Simmons when the pair collided midway through the race. Pasma was sent into the barriers while Simmons dropped down the order, promoting Jewiss to second.

Jewiss spent the remainder of the race running behind Jack Doohan. He stayed on Doohan?s tail after a safety car restart, but couldn?t make a move on the Arden driver.

He patiently waited his time until, on the final lap, Doohan slowed and plummeted down the order.

Jewiss inherited the lead and the victory, ahead of Paavo Tonteri, who had also enjoyed a quiet race.

The result puts Jewiss at the top of the championship standings, three points ahead of Simmons, who managed to recover to take third.

The race started with drama when Jamie Sharp was sent airborne and spun into the traffic. He collected Donington Park race winner Jonathan Hoggard and the pair were left stranded on track, bringing out the first safety car.

Hampus Ericsson spent the latter stages of the race battling with Josh Skelton for fourth position. The pair ran side by side on a number of occasions, with Ericsson behind pushed wide twice. Dennis Hauger also joined the fight, briefly managing to take fourth before running onto the grass and dropping down the order.

Ericsson ran wide on the penultimate lap and dropped down to 10th, while Skelton fell behind Manuel Sulaiman, who eventually finished fourth.

Skelton took fifth, ahead of Hauger and Sebastian Priaulx, who struggled to recover after a spin early in the race.

Sebastian Alvarez, who was also involved in Priaulx?s spin, finished eighth, just ahead of Doohan and Ericsson.