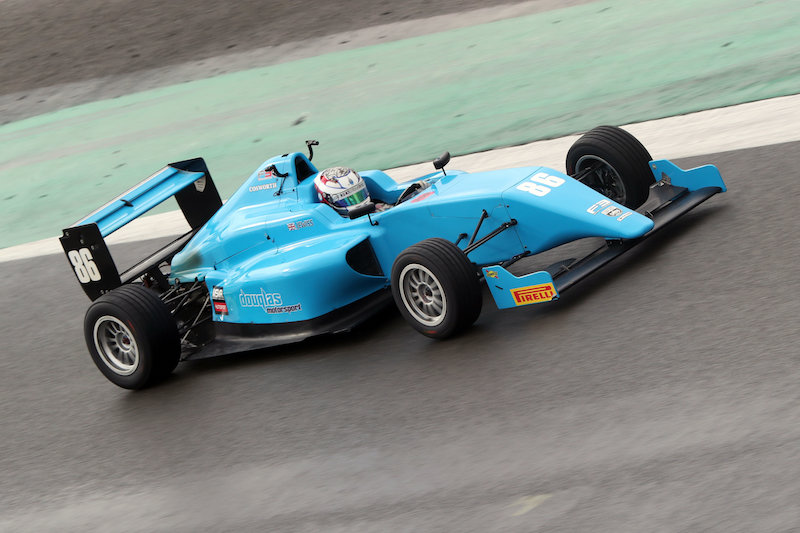 His move up to F3 however will come with Douglas, the outfit he competed for in Ginetta Juniors in 2017, when he won the rookie crown and came fourth overall.

?I know Wayne [Douglas] and the team at Douglas Motorsport really well and I?m excited to be back working amongst the team for my first season in BRDC British F3,” he said.

“The team have shown that they are front-runners, and can win races like Jamie Chadwick did last year, and I hope to replicate this success in 2019.

?The BRDC British F3 Championship is a proven championship and one that has helped a lot of top drivers develop their skills and is the perfect platform for me at this point in my career and age.

?Everything I do, I aim to do my best in so, of course, I will be looking at having as much success as possible and winning races. I know it won?t be easy but I?m confident I can rise to the challenge.?

Although it won at the first ever BRDC F3 round in 2016 with Enaam Ahmed and took Thomas Randle to third in the standings that year, the Douglas team’s main successes since have come in reverse-grid races, including Chadwick’s sole victory last season.

?Kiern and Douglas Motorsport is a great match and the chemistry is already there from their title-winning campaign in 2017,” said his manager, the ex-Formula 1 racer Mark Blundell.

“Kiern has broken records in every championship he has entered and this is another fantastic opportunity to show his value to the motorsport world.”

Jewiss is the third driver confirmed for the upcoming BRDC British F3 season, following’s Carlin signing of Lucas Petersson and the news that Josh Mason will continue with Lanan Racing for a second year.