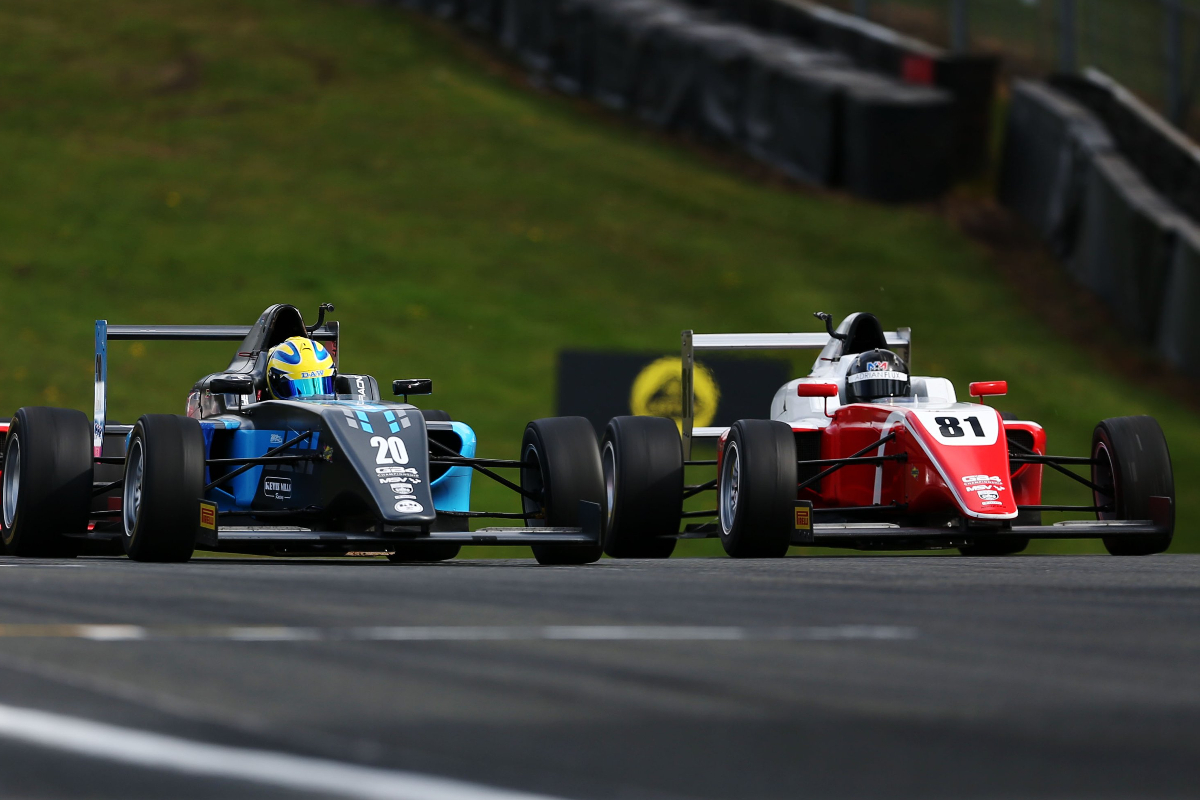 Kevin Mills Racing and Jarrod Waberski took their maiden GB4 victory in the final race of the weekend at Oulton Park.

Waberski climbed from third on the grid to take the lead away from reversed grid polesitter Logan Hannah into Old Hall corner on lap one, before pulling away win by 5.428 seconds from Fortec Motorsports’ Jessica Edgar.

Graham Brunton Racing’s Hannah tried to retake the lead into Cascades on lap one, but ran wide and lost several positions.

That allowed fellow front row starter Edgar to move back into second, a position she held to the finish to score a first podium in car racing.

Hillspeed’s Max Marzorati capitalised on a frenetic battle behind to pull away and finish third.

Elias Edestam held off a train of cars throughout to take fourth for Fortec. His team-mate Nikolas Taylor passed points leader Alex Walker around the outside in the closing stages to snatch fifth. Walker then lost sixth to his Elite Motorsport team-mate Jack Sherwood, who was recovering from a three-place grid penalty handed out after race two.

Tom Mills started from the pitlane after stalling on the parade lap, but recovered to eighth after getting by Hannah and then catching the cars in front.

F3 Cup champion George Line was 10th for GBR to end his one-off weekend in GB4, with team-mate Chloe Grant 12th after slight contact with Megan Gilkes led to her car slowing. Gilkes ran off track at Island bend early on and came home 11th, but in clean air did set fastest lap.