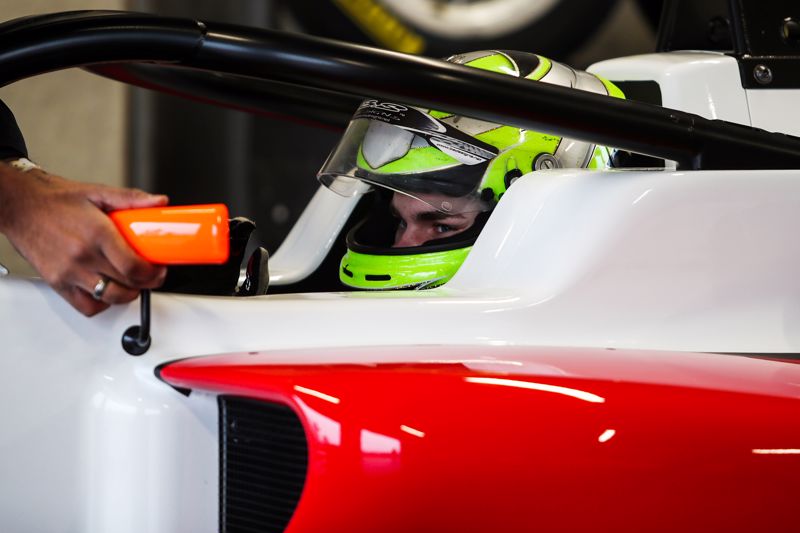 A great start enabled to Grundtvig to lead into Old Hall corner ahead of Tommy Smith. Despite early pressure from the Douglas Motorsport driver, the Dane eventually pulled clear to win by 5.841 seconds.

Smith scored his first GB3 podium with second, as did Arden’s David Morales, who came home 0.367s behind him.

Zak Taylor was sixth for Fortec, having been passed by Oxley into Lodge corner halfway through the race.

Contact at Hislops chicane with Sagrera dropped CDR’s Mckenzy Cresswell out of 10th, with single-seater rookie John Bennett profiting to take his third top 10 finish of the weekend for Elite Motorsport and rise up to fourth in the standings.

Race one and two winner Luke Browning started 19th and was involved in contact at Dunlops early on with Tom Lebbon which put him out with front-left suspension damage, while the Elite driver was able to continue and finish 16th. That was just behind Carlin’s Roberto Faria, who only rose three places from 17th on the grid and sits second in the standings – 10 points behind Browning – after round one.