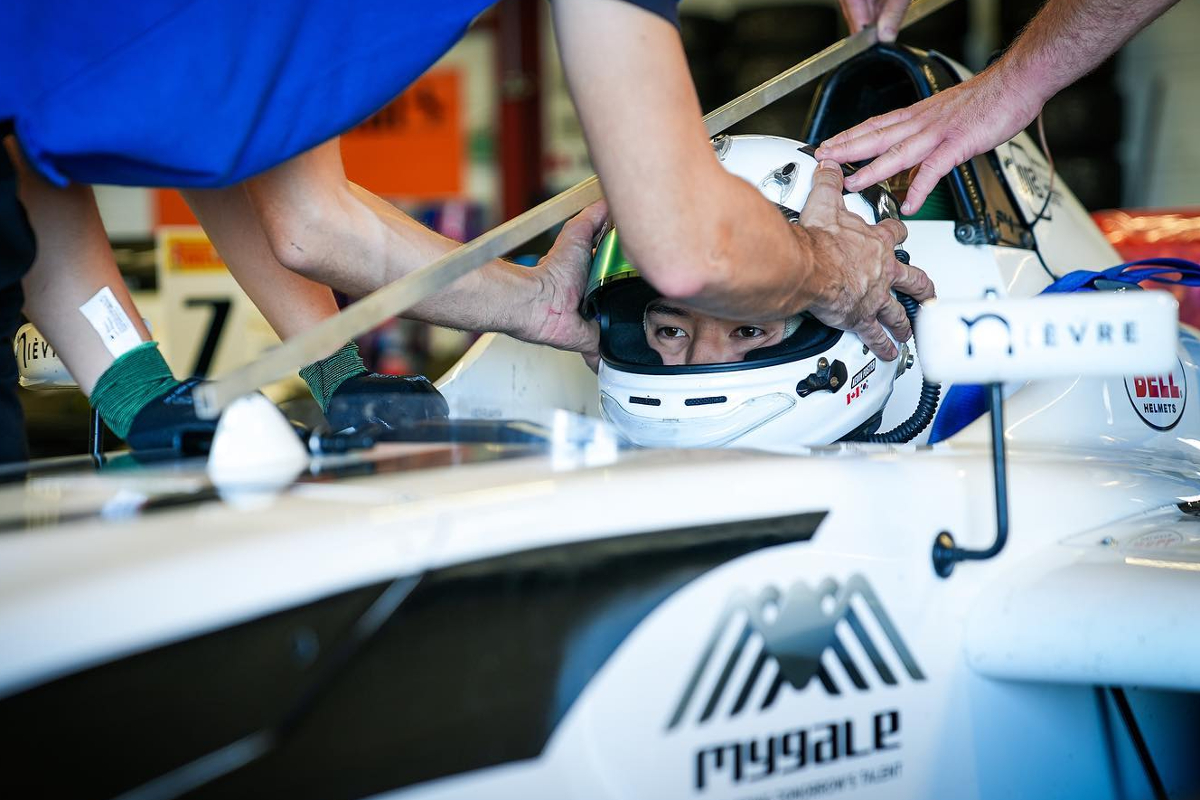 Canadian-Korean karter Kevin Foster has won the 2022 FEED Racing France shootout, earning himself a free seat in French Formula 4 for next year.

The 18-year-old has been karting since 2017, having spent much of his youth on dirt bikes, and he was competing at a regional level on Rotax Junior karts in his second year of racing.

His karting schedule cut down during the COVID-19 pandemic, but last year he was a star of the Canadian scene as he moved up to senior karting and last month he won the Rotax Max Challenge Canada title.

A victory in a Canadian karting shootout earlier in the year earned Foster his spot in the FEED shootout, based at France’s Magny-Cours circuit and utilising Mygale’s first-generation F4 car, which began with five days of training sessions.

The first bunch of drivers had their sessions at the end of May, then another group of racers completed the preliminary stage in July. From those, 24 progressed to the quarter-finals in August. There were six who were chosen to participate based on “their progress compared to their lack of experience”, while 18 qualified based entirely off their training session performances.

Pace would determine who would make it to the semi-finals, held just days later, and Foster was fastest of all.

He was fastest again in the semi-finals to make his way to this week’s final, and joining him there was Belgian sim racer Julien Soenen and four French karters: Antoine Broggio, the 2021 French championship runner-up on Nationale karts, Theau Keryjaouen, who was last year’s French Cup winner on KSF karts, recent shifter karting convert Oscar Py and endurance karter Pierre-Andrea Verreaux.

Seat fits for the final took place on September 12, with the pre-final and the all-important final itself happening on the two following days.

Drivers were put into on-track duels in the final, with Foster going against Verreaux in the first one, followed by Soenen and Broggio in the second and Keryjaouen and Py in the third.

Foster then went up against Keryjaouen in the F4 car, and Soenen was pitted against Broggio as they bidded to become one of the last two standing. Much of the sessions had taken place on a damp track using grooved tyres, and in the changing conditions it was Foster and Soenen who made it into the last duel, where Foster came out triumphant.

“I don’t know what to say,” a shocked Foster remarked after taking victory. “The first step [in my racing dream].”

Soenen was the runner-up, and could get some F4 race mileage with FEED’s support next year, and Broggio was classified third.