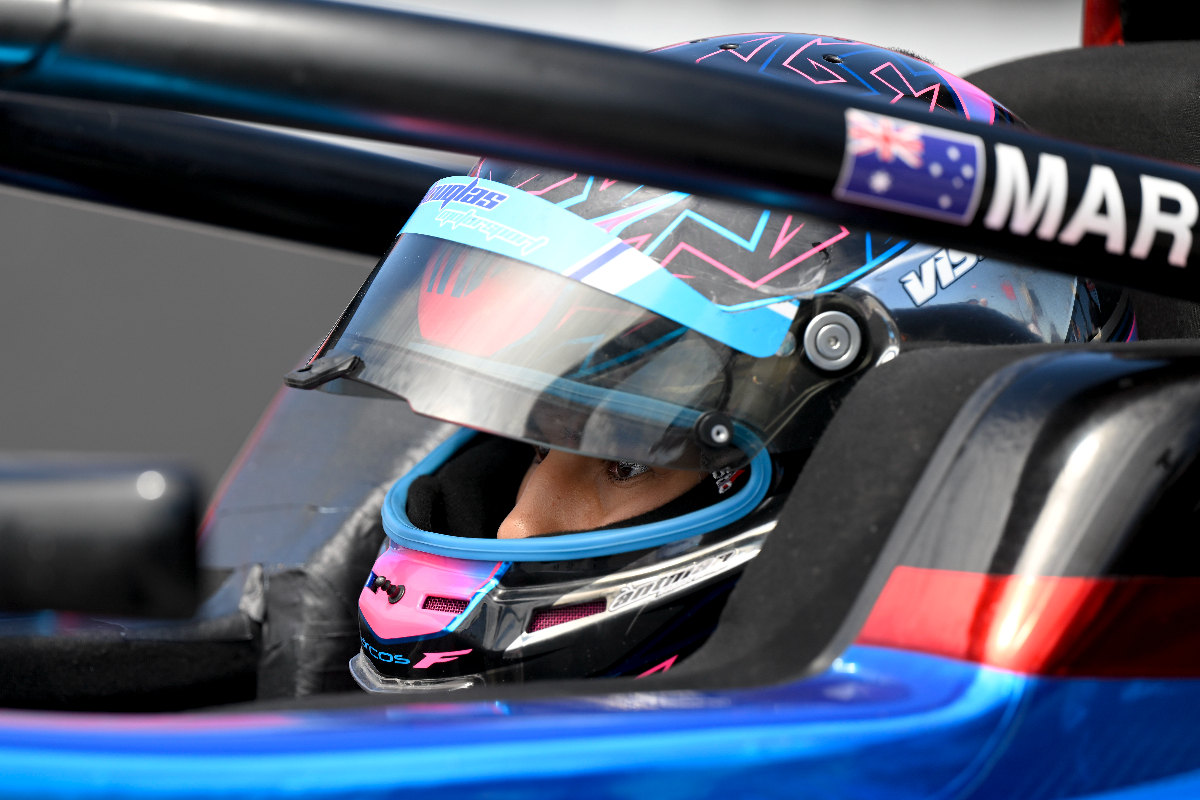 An entry list of 33 cars meant the test was split into two groups of drivers, with Group A heading on track first on Tuesday.

There were several drivers not usually seen racing in the series, with Monlau Motorsport running Mateo De Palo, Formula de Campeones fielding Danish F4 leader Julius Dinesen and Eric Gene (who did not set any laps until Wednesday and drove an old first-generation F4 car) and last year’s Danish F4 runner-up Noah Stromsted continuing to rack up mileage with Campos Racing ahead of a Spanish F4 debut that is widely expected but yet to be confirmed.

Flack lowered the pace when Group B took to the track, setting a 1m48.106s that put him 0.063s ahead of Drivex School’s Bruno del Pino. Cram Motorsport turned up in this session with its Italian F4 regular Georgios Markogiannis, GRS ran British F4 rookie Michael Shin and both Drivex and GRS ran Formula Regional chassis, the latter for Emely de Heus.

The second session of Tuesday morning would end up being the fastest for many in both groups, and Stromsted pipped Tsolov to top spot by 0.038s as he broke into the 1m47s. Group B could not match that pace, and Valerio Rinicella led MP Motorsport team-mate Timoteusz Kucharzcyk by 0.119s in their session.

Tsolov topped both of Group A’s afternoon sessions, heading Stromsted the first time and team-mate Hugh Barter in the second by 0.581s. Sainteloc Racing’s Theophile Nael and Theodore Jensen were the only improvers, while MP’s Kirill Smal and GRS’s Daniel Mavlyutov were the only improvers in Group B where the two sessions were narrowly topped by Flack and Smal.

Group B were first out on Wednesday, and Flack immediately lowered the pace to 1m45.878s. It put him 0.665s clear of Cram’s Ricardo Escotto, the only other driver to find a laptime gain, and Drivex added Patri Mas to its line-up.

Tsolov was fastest in all of Group A’s sessions, and his closest effort to Flack’s benchmark came in his second session of the day but still left him 1.737s back.

JHR Developments’ British F4 driver Joseph Loake was second to him at the start of the day and top improver, then Tsolov and Formula de Campeones’ Alvaro Garcia were alone in finding more pace in session six.

Kucharczyk lifted himself to 10th overall by topping two of Group B’s sessions, both of which Drivex’s Gael Julien failed to record any laps in. His team-mates Daniel Nogales and del Pino were one-two in session eight, which Espirito Santo and Stromsted did not record any laps in with their group.