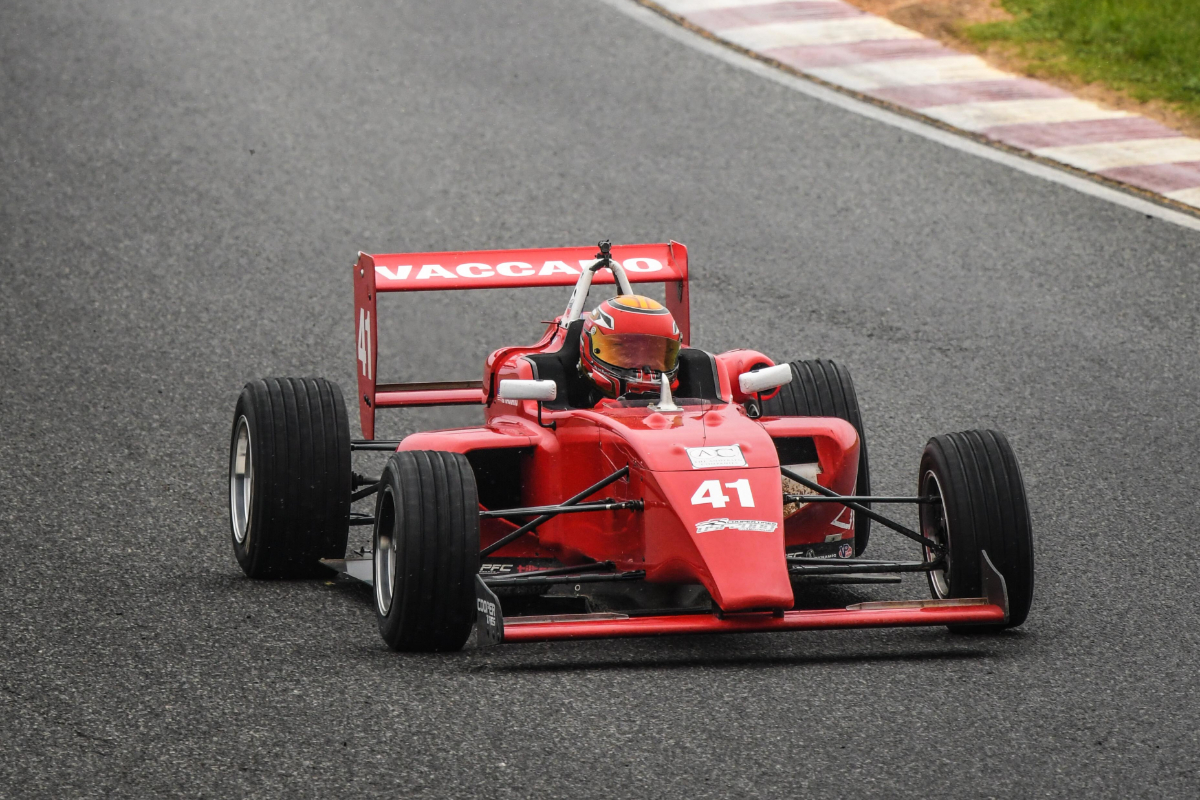 Miller Vinatieri Motorsports has made the first signing of the 2021 USF2000 season, retaining Kent Vaccaro after the 18-year-old debuted with the team this year.

Vaccaro’s single-seater experience goes back to 2017, when he made two appearances in F2000 Championship Series and contested a full United States Formula 4 campaign with Momentum Motorsports.

He remained with that outfit for a second F4 season, in which he finished 10th in the points, and then into Formula Regional Americas in 2019.

That year’s highlight was a podium at the season opener, and he returned to FRegional Americas for this year’s first round before dropping out of the series and returning to racing with MVM at USF2000’s late-season New Jersey Motorsports Park round.

“I am excited to join both the Miller Vinatieri Motorsports programme and the famed Road to Indy next season,” said Vaccaro.

“I have had the opportunity to spend some time with Jack [Miller, team co-owner] and his entire crew and have come to know them well and enjoy spending time with them.

“The upward trend in 2020 speaks volumes of their programme and that was evident in the one event that I competed at this season. I am looking forward to a fresh start and can’t wait to not only start our winter test programme, but also the 2021 season.”

Vaccaro took a best finish of 13th from his three races, while team-mate Jack William Miller had a strong season that took him to eighth in the points.

“We are looking forward to having Kent join us on a full-time level in 2021,” explained MVM co-owner Miller Sr.

“With a solid test programme, several months of preparation time, and an engineering program that has helped us turn the corner in 2020, Kent will be an instant threat for podium results in his rookie season.”

There is currently no scholarship winners going into USF2000 this year, with the Lucas Oil Racing School-hosted shootout for a USF2000 seat delayed until next year.