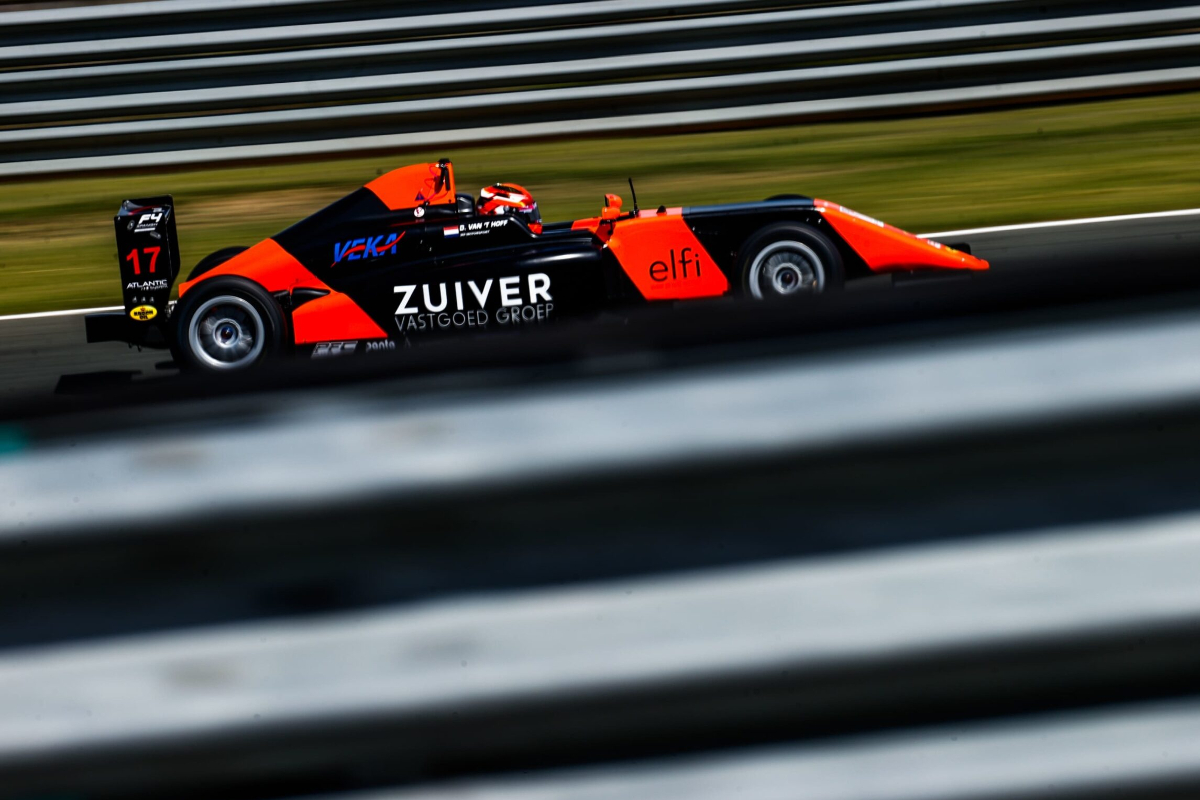 Praga F4’s Daniel Macia was fastest in the test’s first session on Monday morning, setting a 1m34.596s that was 0.153 seconds faster than van’t Hoff.

In the afternoon it was van’t Hoff who was on top, although he couldn’t better Macia’s morning benchmark. The only other drivers who lapped sub-1m35s in that session were Max Arkhangelskiy, Filip Jenic and Pepe Marti.

The track got grippier on Tuesday morning, but air temperatures rose beyond 38°C in the afternoon and limited the pace gain.

Van’t Hoff improved to a 1m34.228s lap in the first session, edging Guilherme Oliveira, Jorge Campos, Marti and Jenic. The top 23 all lapped in the 1m34s, while Bordas was the only driver not to improve from his Monday morning best.

The test ended with Noah Stromsted, who after turning 14 later this month will debut in Danish F4, setting the pace for Teo Martin Motorsport. He was fastest in the final session with a 1m34.934s, 0.027s faster than Marti.

The United Arab Emirates-based Indian has won the UAE karting championship as well as testing in F4 with Xcel Motorsport there.