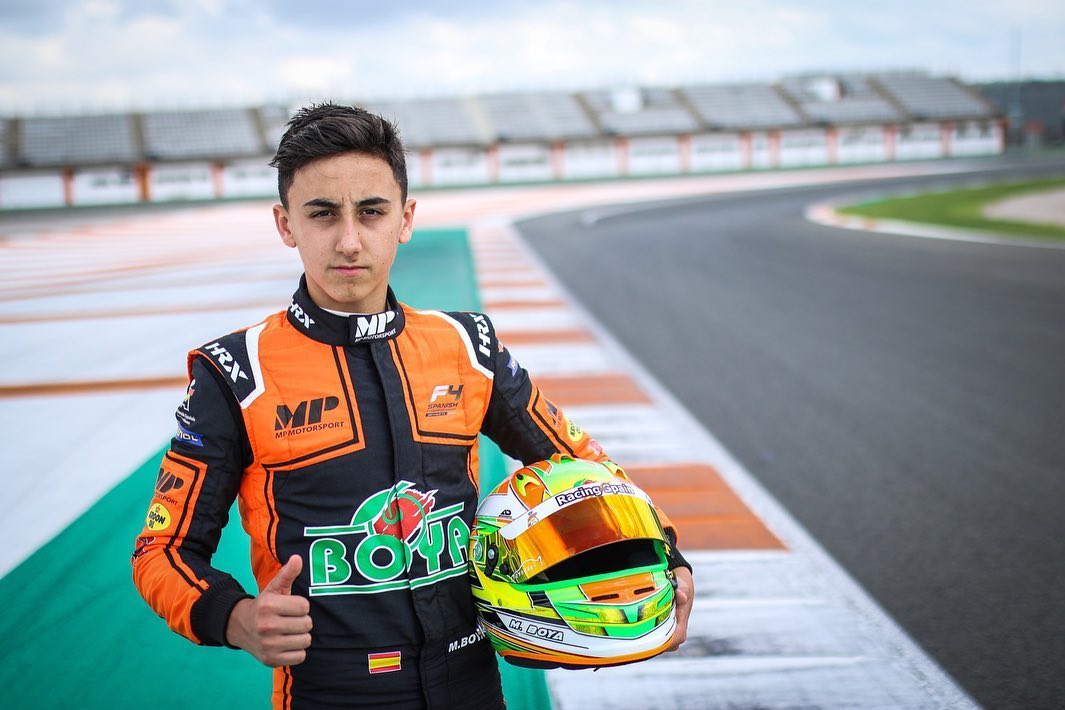 Spanish karter Mari Boya will step up to single-seaters this year with MP Motorsport in Spanish Formula 4.

Boya confirmed his drive after joining the Dutch team for the second day of Spanish F4’s pre-season test at Valencia Ricardo Tormo, where he was ninth quickest out of 14.

“I’m really happy to announce that this year I will be racing for MP Motorsport in the Spanish F4 championship,” Boya said. “Also we finished a day of testing in Valencia with really good feelings.”

Boya started testing with MP last October, following a season in which he was a frontrunner in the Spanish Karting championship and was sixth in the IAME Winter Cup. The year before, he won both competitions’ Junior classifications.

The fastest driver on day two of the official pre-season test was Praga F4’s Carles Martinez, who had also set the pace on day one and was the most experienced driver present.

He was beaten in the morning session by Drivex School’s Valdemar Eriksen, who has raced in MRF Challenge and Danish F4, but was one of few drivers to improve in the afternoon to end the day on top by 0.079 seconds.

A further tenth behind was Global Racing Service’s Lorenzo Fluxa, who was second in F4 United Arab Emirates this year.

Spanish karting graduate Javier Sagrera set the most laps of anyone and was fourth fastest for Mol Racing, the new racing team set up by DTM and GT World Challenge Europe race-winner Miguel Molina. The 31-year-old Spaniard’s own single-seater career included wins in Formula Renault 3.5 and Euroformula.

Joshua Dufek, a Sauber Karting prodigy, was the best of MP’s quartet of drivers in fifth.

In addition to Boya and Sagrera, there were two other additions to the test: Alex Garcia at Global Racing Service, and Portuguese karting champion Guilherme de Oliveira at Drivex.