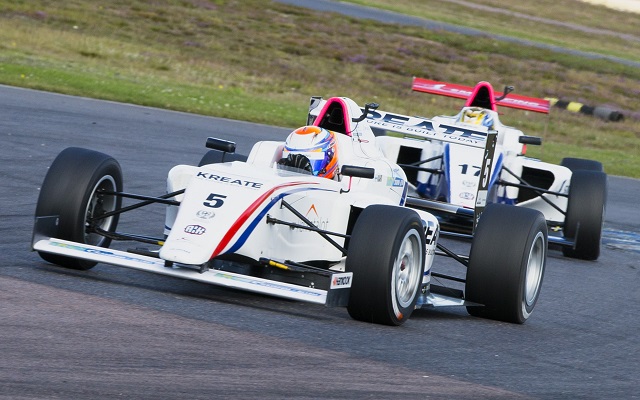 After five consecutive second-place finishes, Niko Kari was back on the top step of the final SMP F4 race at Parnu.

As such, points Kari leaves the Parnu round with the maximum amount of 75 points collected, given he was earlier beaten only by Enaam Ahmed, who is ineligible to score points.

Starting on pole this time around, the Finn had to defend from Vladimir Atoev who, having had a better launch, was close to stealing first place.

But Kari managed to fend off his main championship rival to stay ahead and went on cruise to the checkered flag.

Atoev and Ivan Matveev completed the podium, having finished 2.7s and 5s behind Kari, the latter standing on the rostrum for the first time in SMP F4.

Alexey Korneev grabbed fourth, taking advantage of a collision between Aleksander Maslennikov and Nerses Isaakyan, which put the former out of contention five laps before the end.

Isaakyan finished fifth followed by Ahmed, who recovered from a poor start, with Nikita Sitnikov and Aleksanteri Huovinen in seventh and eighth.