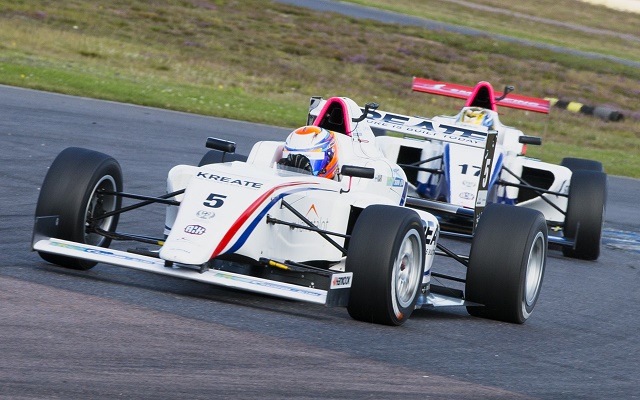 Kari, who also headed practice, eased to double pole at the wet track with a cushion of at eight and seven tenths respectively on fastest and second-fastest times.

The Finn kept improving as the surface dried and eventually proved unreachable for any of his rivals.

The session was punctuated by several red flags as drivers struggled with the track conditions, one of stoppages caused by championship contender Aleksanteri Huovinen.

In the end, as the field ramped up the pace en masse, it was Enaam Ahmed who took best of the rest behind Kari, with Ivan Matveev and Niclas Nylund following in third and fourth.

Matveev and Maslennikov made up row two, ahead of Korneev, Ahmed, Isaakyan, Nylund, Vartanyan and Nikita Sitnikov.