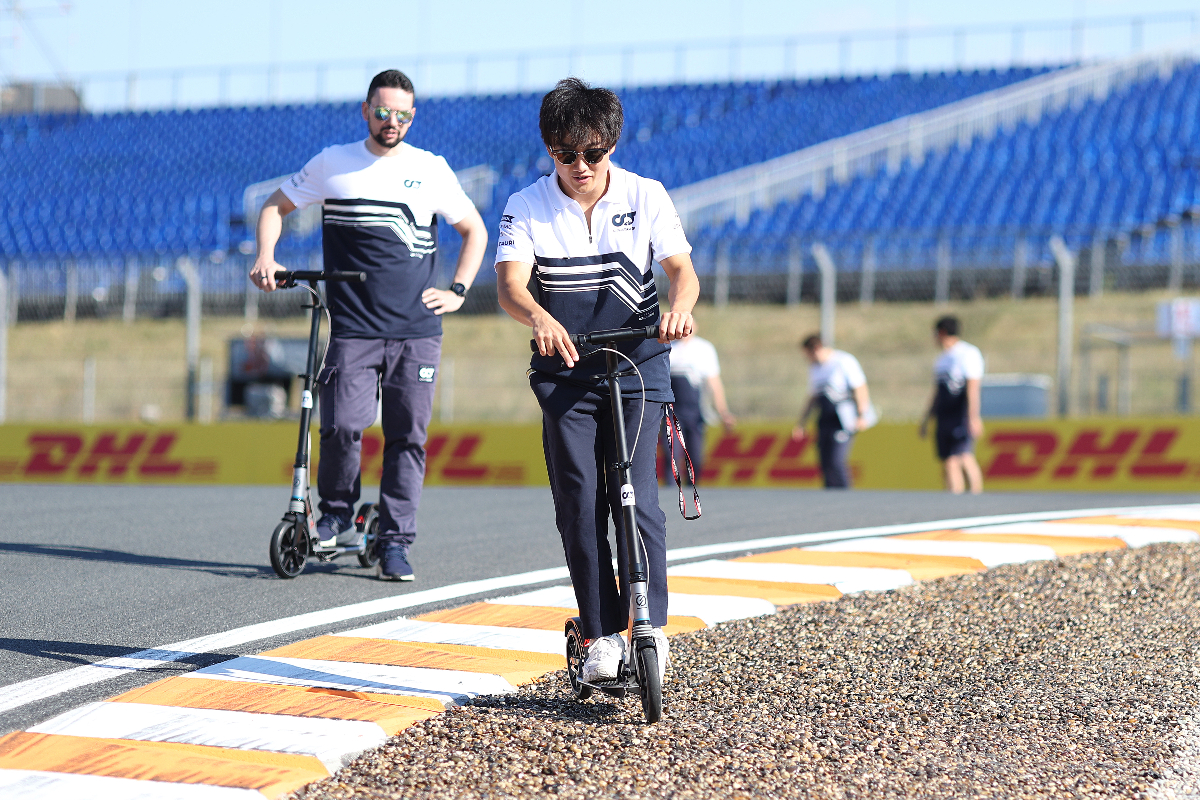 Zandvoort will trial a different type of gravel trap at this weekend’s Dutch Grand Prix, with epoxy resin used to glue the gravel to the ground alongside turn 12.

The downhill left-hander (pictured above with AlphaTauri Formula 1 driver Yuki Tsunoda on the strip of secured gravel) precedes two fast right-handers that complete the lap and loose gravel pulled across on to the track proved disruptive in last year’s track sessions. That problem, plus that of drivers exceeding track limits, is intended to be solved with this change.

Formula 2 and FIA Formula 3 drivers were asked about the gravel after completing their track walks.

“Last year there was some red flags in free practice,” said Prema’s F3 rookie Ollie Bearman. “Which is not the best, you want to maximise the running, and when there’s a red flag in practice the clock is still ticking so you’re losing valuable [time].

“Maybe it can help with the gravel actually being on the line because I remember last year even in Formula 4, one lap was completely fine and then the next lap you’re the first guy to hit the gravel and you completely lose loads of time in sector three. I think it can help, but there’s still a lot of gravel just next to it like half a metre away. So I don’t think it’s solving an issue but maybe it’s helping slightly.”

His title rivals had similar views, with ART Grand Prix’s Victor Martins saying “it will be interesting to see how it goes” as “last year was just a mess in that corner with the gravel always when you were coming, lap after lap” and estimated two to three tenths of a second in laptime were usually lost to running over dust and gravel on the track there.

He was enthused by the idea of it reducing the chance of red flag interruptions in practice and qualifying, and also pondered if the cars from the supporting Porsche Supercup may still pull the secured gravel up, something F2 drivers considered too.

“I think it will definitely help the issue that potentially we could have with the gravel being pulled all over the track. The only thing I’m slightly worried about is I don’t know how – it feels very strong, but if part of it breaks off or something like that, a car goes through and it breaks off it could be quite big bits of it or chunks of it could come on the track. But so far looking at it, it looks like quite a good idea.”

Campos Racing’s Olli Caldwell added: “I was looking and imagining a car driving over it with hot tyres, and it just sort of rolling itself around the tyre as the car goes over it, which I hope doesn’t happen. I mean, let’s see how it works and if it’s a good idea or not.”