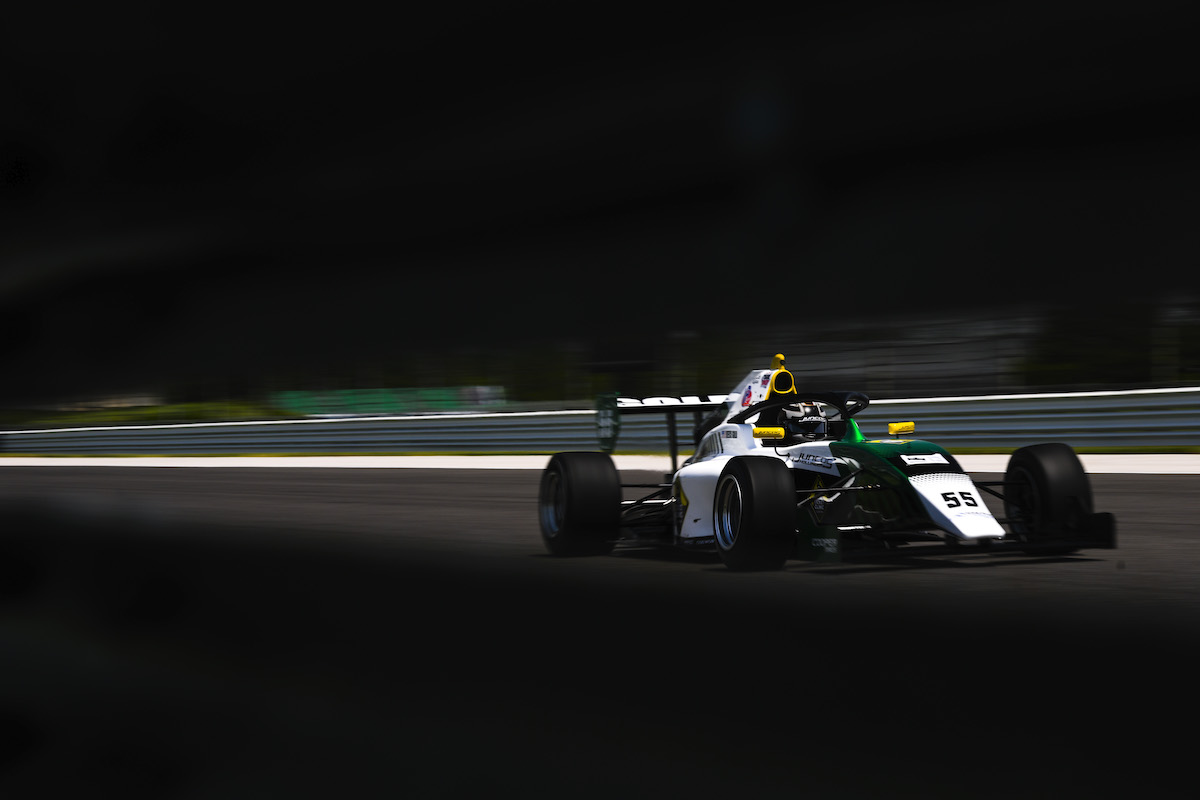 Having started Thursday by going fastest in both of the pre-event test sessions, Gold continued that form into practice and was in first place all the way through.

Gold’s third flying lap of the session was good enough to guarantee he would be the fastest driver of the day, while there was more uncertainly over who could get closest to his pace.

His Juncos team-mate Enaam Ahmed was next to threaten, but like Gold would find no further improvements after that as their run plans were interrupted by two red flag stoppages. Eves got back into second before the first red flag period, only to be bettered by Exclusive Autosport’s Louis Foster shortly before the session was stopped.

The order at the top was set after that, with a 0.4118-second gap between Gold and Foster, and the biggest change to the order once the track returned to green was Pabst Racing’s Yuven Sundaramoorthy and DEForce’s Nolan Siegel rising to sixth and seventh by bettering their previous personal bests. The second red flag period ultimately brought practice to an early end.

Like Gold, he had also been the driver to beat in the pre-event test sessions and found the peak of his pace early in practice. He ended up just 0.0602 seconds ahead of title rival and team-mate Jace Denmark, but then with an advantage of four tenths of a second over Cape Motorsports’ title outsider Jagger Jones.

Michael d’Orlando, Rowe’s closest title rival, was not registered as setting a laptime in practice.