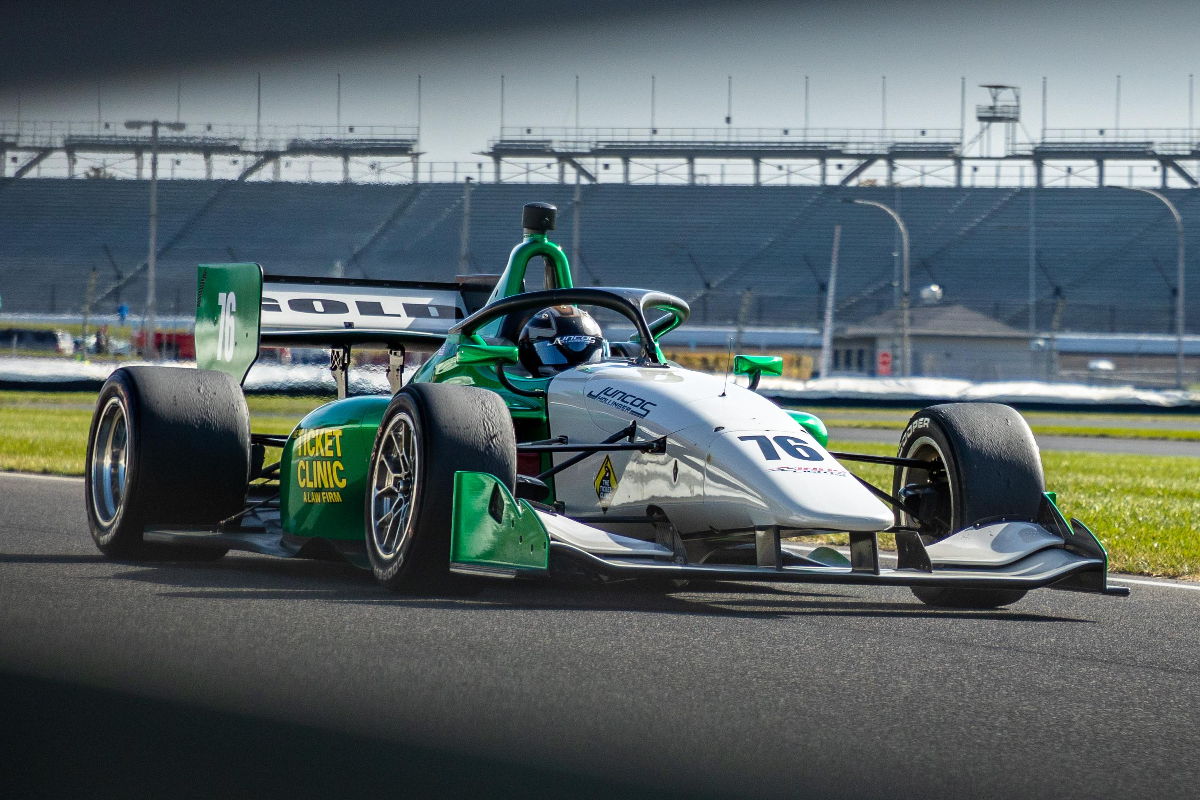 Juncos Hollinger Racing has announced the two drivers who will front its return to Indy Nxt after a season out.

Reece Gold will be embarking on a third year as part of Juncos, stepping up after becoming the 2022 Indy Pro 2000 runner-up while driving for the team, and Matteo Nannini joins after previously racing in Formula 2.

Juncos raced in Indy Nxt in 2012, then again from 2015 to ’19. The series did not run in 2020, but Juncos was on the grid the year after. It missed for a variety of factors, but has ended its USFP2000 programme to enable a Indy Nxt return with two cars.

“I am happy to be staying with Juncos Hollinger Racing for Indy Nxt in 2023,” said Gold.

“I have had two great seasons with Juncos in USFP2000, with this past season being our best, picking up four wins and second in the championship. We have already shown great progress in testing for 2023, and I am looking forward to the season.”

The 18-year-old raced in USF2000 with Cape Motorsports in 2019 and ’20, coming third in the standings in his sophomore campaign with two wins, then after stepping up to USFP2000 he earned five wins and 10 poles across two seasons.

Nannini, nephew of Formula 1 race-winner Alessandro Nannini, started his single-seater career in 2019 by winning the Formula 4 United Arab Emirates title. Off that success, he then stepped straight up to Formula Regional Europe and came 13th in a poorly-contested championship.

Rather than stay in FRegional for his second year in cars, he instead made another step up to the FIA Formula 3 Championship and finished 18th in the standings thanks to a mid-season podium.

It was the same strategy for 2021, this time moving into F2 but only completing three rounds and instead spending the rest of the year back in FIA F3 where he came 14th in the points table off the back of a win and a third place but only four other points finishes.

At the end of the year he was looking for options to move to IndyCar or its support series following an Indy Nxt test with Juncos, and ended up signing a deal to make a surprise move into the USA’s fourth tier of stock car racing. However that did programme did not come to fruition, and he has spent 2022 on the sidelines.

“I am very excited to have confirmed with Juncos after the positive tests last year,” said the 19-year-old.

“It’s a great opportunity to be able to race in America, and I don’t want to waste it. I have great respect for [team co-owner] Ricardo [Juncos], and I’m sure we could do great things together.

“Indy Nxt is the best springboard to continue my journey toward IndyCar. I thank the people who are helping me, especially my business partner, for making this possible.”