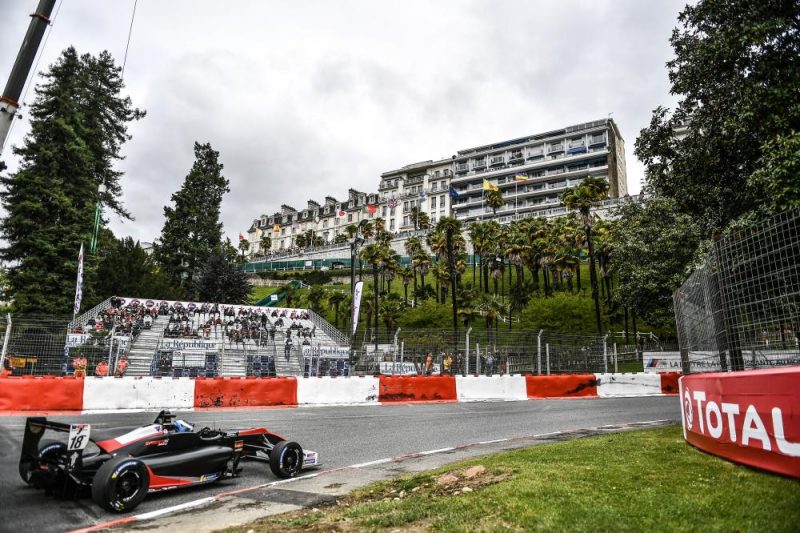 Julian Hanses beat his Motopark team-mates to take a surprise pole for the Pau Grand Prix.

The German, whose third place in qualifying for race one was his previous career best in Formula 3, set his fastest lap shortly before a red flag and the onset of rain.

On top for much of the session were his Japanese team-mates Yuki Tsunoda and Marino Sato, who having set identical lap times were split by who had set theirs first. In this case it was Red Bull junior Tsunoda.

Liam Lawson, who dominated Euroformula Open’s first Pau race on Saturday, was fourth fastest but only 0.093s off his pole-sitting team-mate.

Carlin’s Christian Hahn and Teppei Natori had been some of the more mistake prone drivers throughout the weekend, but qualified fifth and sixth, ahead of Fortec Motorsports’ Cameron Das, Teo Martin Motorsport’s Lukas Dunner, Double R Racing’s Linus Lundqvist and the second Teo Martin car of Guilherme Samaia.

Double R had a difficult session, with Lundqvist crashing early on after lapping quickly, and Jack Doohan stopping in the barriers later on.

A separate incident involving Carlin’s Billy Monger gave the team more time to repair Lundqvist’s car and get him back on track, but Doohan’s crash meant the end of the session coincided with the rain, and Ludnqvist was unable to improve on his pre-crash best.