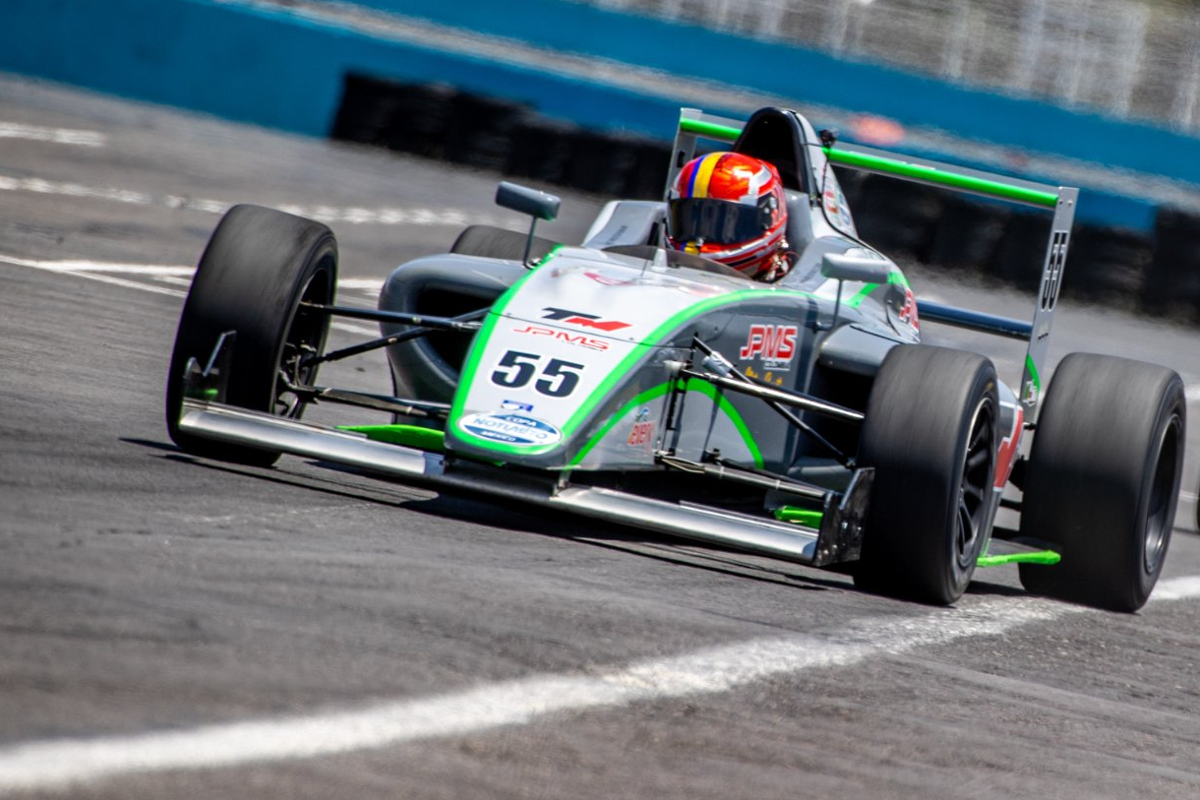 Juan Felipe Pedraza wrapped up the 2022 NACAM Formula 4 title with a round to spare with two wins in Mexico City.

The Ram Racing driver started the weekend by beating Diego de la Torre to pole by 0.628 seconds, and turned it into his sixth win of the year on Friday.

He built a sizable lead early on but it was cut down by yellow flags, which gave Rodrigo Rejon the opportunity to pass Arturo Flores for second place after green flags were waved again.

Both then ended up with car troubles and fell out of the podium places, with de la Torre coming back through to finish second. Julio Rejon completed the podium.

There were chaotic scenes as the grid formed for the reversed-grid race two on Saturday, with nobody initially in the right order, and it was Marco Alquicira who started from the front. He made a decent start and was chased initially by Berumen.

He was attacking Alquicira by the end of the opening lap, as Pedraza spun down the order, but it was actually Rodrigo Rejon who got through to lead into lap two. The safety car then came out as de la Torre had a big crash into the bariers.

Racing resumed on lap six, with Julio Rejon and Alquicira passing Berumen. It was not long before the recovering Pedraza got involved, and he got into third on lap eight. As he then attacked Julio Rejon it gave Rodrigo some crucial breathing room when he otherwise would have been under attack, and when Pedraza finally made a move that stuck he had 2.6s to make up on the leader.

He cut it down, but then the race ended behind the safety car and secured Rejon the win as Esteban Rodriguez had a huge crash.

There was gaps in the grid as it formed for race three, with Pedraza on pole and de la Torre in second.

Pedraza immediately sprinted away and was never seen again, and was now the new champion too, while Rodrigo Rejon got into second on the opening lap and stayed there.

De la Torre had a bit of a train form behind him, and eventually finished fourth behind Luis Carlos Perez.

Berumen and Julio Rejon fought hard for fifth at first, with Rodriguez then joining them until he rode over the rear of Rejon’s car. He had to end his race in the pits with a damaged front, while Rejon remarkably continued with a broken rear wing and finished sixth.