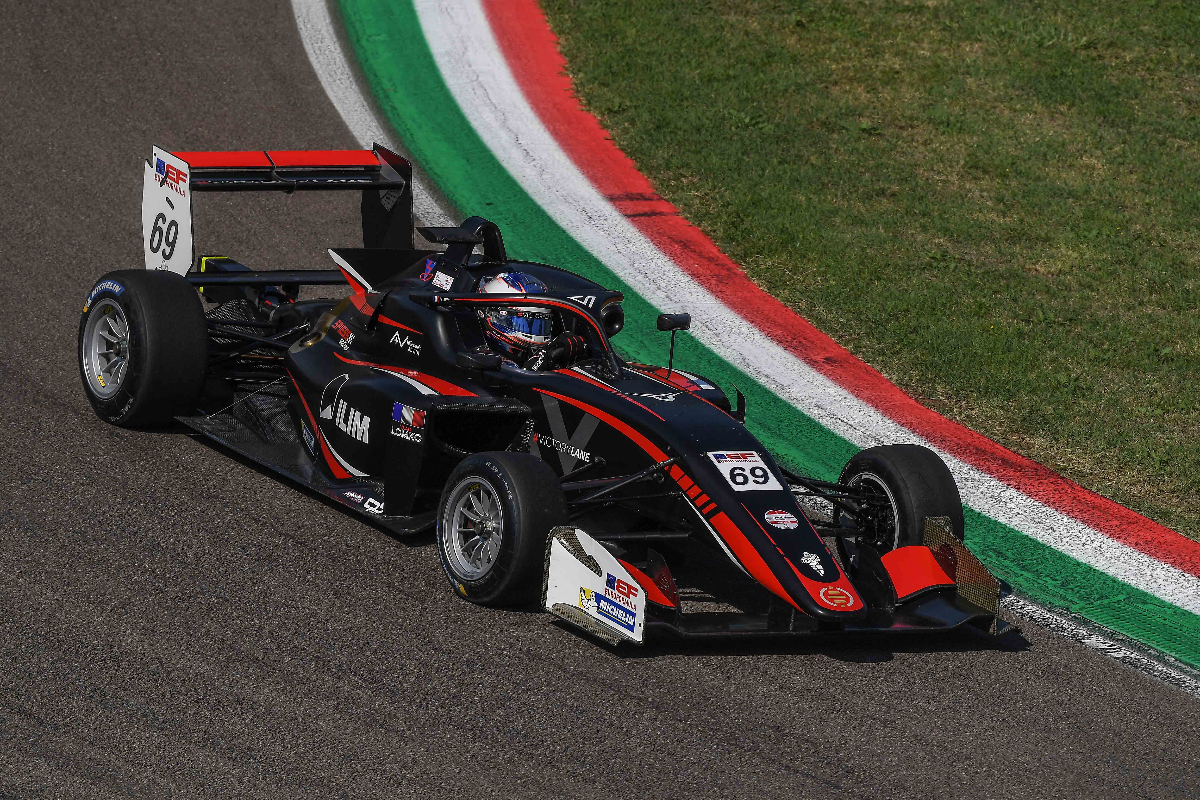 Vlad Lomko picked up his second Euroformula win in the first reversed grid race of the weekend at Imola.

Front row starters Josh Mason and Frederick Lubin went three-wide into Tamburello with Christian Mansell, who had started fourth, and although Mansell briefly got into the lead he was then passed by Mason at the Villeneuve chicane and a lock-up then sent him to the back of the small eight-car pack.

That promoted Lomko to second having passed Lubin, and he then found himself in the lead as Mason pitted at the end of the lap and Mansell did too.

Lomko and Lubin broke away, as points leader Oliver Goethe took a trip through the gravel that put him behind Motopark team-mate Alex Garcia and BVM Racing’s Simonazzi.

Simonazzi was the fastest driver on track but couldn’t find a way past Garcia and ran off at Acque Minerali on lap three which handed Goethe fourth place. Two laps later they both gained a position as Goethe collided with Garcia at the last corner and sent him into the gravel.

Once in clean air, Goethe chased down Lubin and as he started pressuring him for second place that freed Lomko to pull away up front.

Overtaking continued to prove difficult and Goethe spent the second half of the 19-lap race glued to Lubin’s rear but unable to make a move. Simonazzi sat in their wake in fourth place, pressuring Goethe until an off at the Villeneuve chicane late on, while Lomko finished 2.872 seconds clear to close in on second place in the standings.

Mansell, who currently holds that spot in the points table, passed Effective Racing’s Vladimir Netusil for fifth place with a lap to go and he is now 83 points behind Goethe. Mason finished a lapped seventh and Garcia retired after his clash.