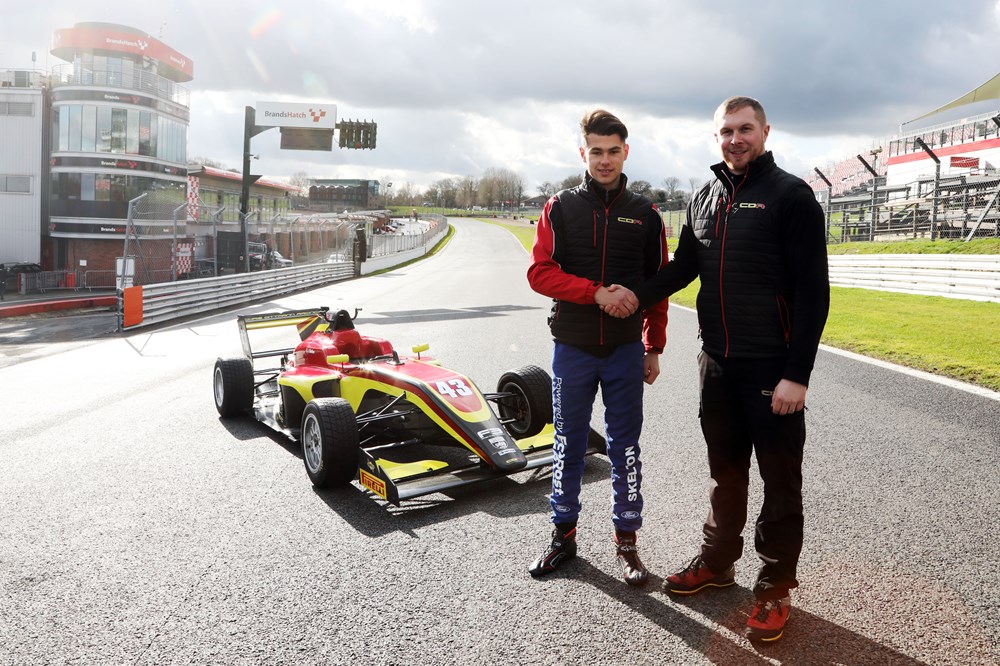 Skelton started his car racing career with two years in F4 with JHR Developments. His second season included wins at Croft and Thruxton and fourth place in the championship standings.

The 19-year-old is CDR’s first signing for British F3, which will introduced new engines and an upgraded car for 2020.

?It?s amazing to be teaming up with Chris Dittmann Racing this season and I believe they will give me everything I need to push at the front of the field,” said Skelton.

?After a solid season last year in British F4, we took a break over the winter and looked at our options.

“We decided the BRDC British F3 championship was the next step in my career and where I would learn the most.

?The car has a lot more downforce than what I have previously driven, and it will be great to see what the new upgrade kit is like.

?I can?t wait to get the 2020 season started and I can?t thank CDR or the people around me enough for making this possible.?

CDR took its first series wins with Ayrton Simmons last year in a season that resulted in third in the points for the Anglo-Spaniard, and has already been on track testing with Skelton.

?Everybody at CDR is delighted to welcome Josh to our BRDC British F3 team ahead of the 2020 season,” said CDR team principal Chris Dittmann.

?His performance in British F4 over the last two seasons speaks for itself. He?s shown plenty of promise and we?re happy with the initial progress we?ve made together over the winter so far.

?Last year was a very positive one for everybody at the team and we?re looking ahead to 2020 with optimism.?