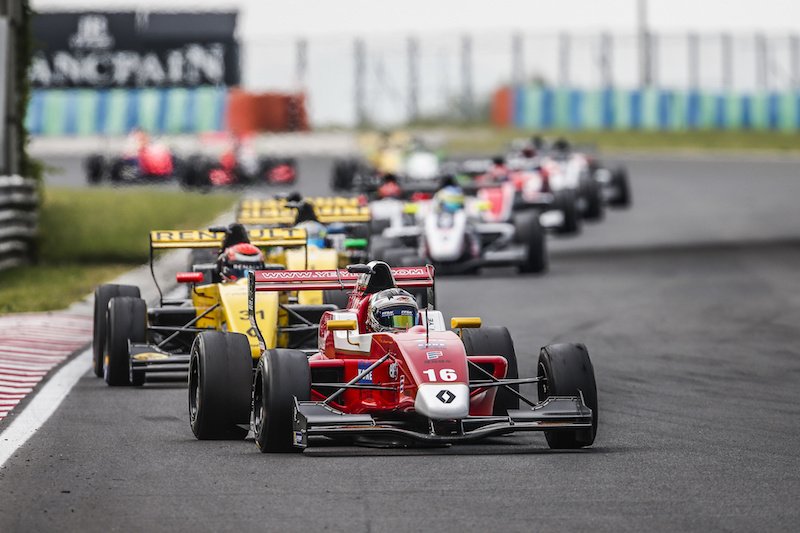 Josef Kaufmann Racing has ended its highly-successful stint in the Formula Renault Eurocup, citing uncertainty around the championship’s new direction.

The German outfit took Robin Frijns to the Eurocup crown in its debut season in 2011 after switching from Formula BMW, and went on to win further titles with Stoffel Vandoorne (2012), Lando Norris (2016) and Sacha Fenestraz (2017).

Renault Sport has adopted a new car for 2019 based on a regional Formula 3 chassis, but team principal Josef Kaufmann and son Lars took the decision to step away due to “many unanswered questions” about the new-look series.

“We had a very long and intensive discussion in our team to take that very difficult decision,” they said in a statement.

“Overall for us there were too many question marks and uncertainty on the new Renault Eurocup Championship for 2019, with regards to the new car, the delivery time, the engine and also other different subjects and we finally took the decision to step out of the championship.

“We had eight very successful years in Formula Renault, but we like to close that chapter and move on to the future.”

The team said that it was considering the Formula European Masters – the DTM-supporting continuation of the former FIA F3 European Championship – for its new single-seater programme in 2019.

Josef Kaufmann began his eponymous team in 1982 while competing as a driver in German Formula 3, also running Gerhard Berger in its first season.

It competed in the original German F3 series until the end of 2002 when it merged with the French championship to become the F3 Euro Series, and returned to its domestic F3 Cup replacement between 2006 and 2008 with drivers including Nico Hulkenberg and Christian Vietoris.