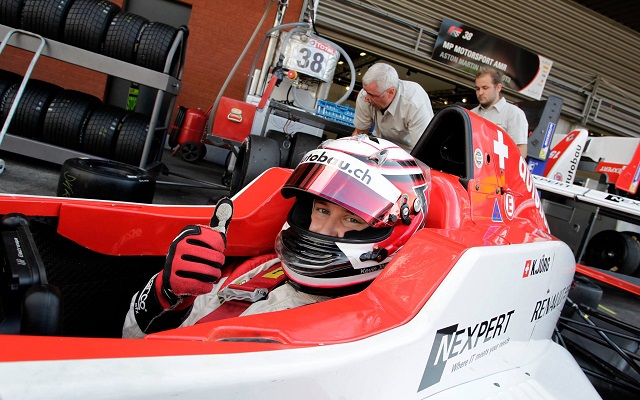 Josef Kaufmann’s Kevin Jorg completed a perfect weekend after winning the second and final Formula Renault NEC race of the Spa-Francorchamps round.

The Swiss driver kept his lead after the start until the first safety car period, which was the result of a race-ending spin for newcomer Michele La Rosa.

A few laps after the restart, the safety car had to return to the track the track, this time due to a collision between Raoul Owens and Seb Morris, which led to both of them retiring from the race.

When the stranded cars were removed, there were just seconds left on the clock and Jorg calmly took his time with the restart, which allowed him to see the checkered flag right away to celebrate his third victory of the season.

Steijn Schothorst continued his consistent run with second and leaves Spa as the championship leader. Meanwhile, Louis Deletraz scored his second podium of the weekend with another third-place finish.

Swede Gustav Malja ended up fourth, taking advantage of a mistake from Ukyo Sasahara, who bounced back to secure fifth, followed by Ben Barnicoat.