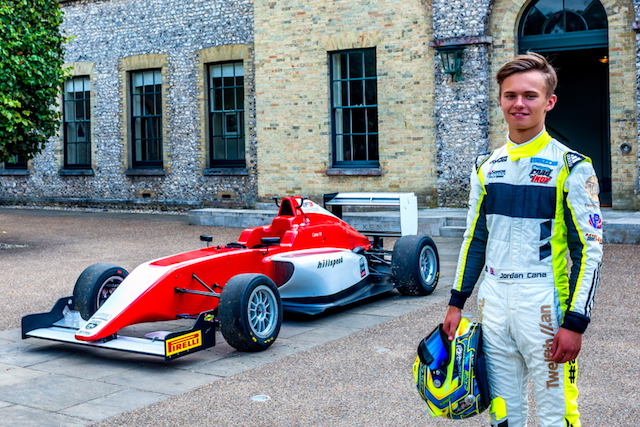 Still only 15, Cane has been competing in the United States?since last year, when he claimed?seven wins from 15 starts in the F1600 Formula F series.

This season he graduated to USF2000 with Team Pelfrey and scored a podium on his debut weekend before a mid-season switch to Cape Motorsports.

His BRDC British F3 deal has come about through a new partnership between the existing Hillspeed team and Cliff Dempsey Racing, known for Formula Ford and Formula Renault success with strong links to America.

Cane won’t be able to race the F3 car until he turns 16 next May, but will test it in the meantime.

“The last two seasons spent in the USA have been very important for my development and, given the strength of British F3 now, there is not a better championship in world motorsport right now for me to continue up the motorsport ladder and for my development,” said Cane.

?From the first day of testing this felt like the right set up and environment for me and I can?t wait to produce the results that the team?s effort deserves. The focus for me now is to maximise testing over the winter and come straight out of the blocks competing at the front.?

Hillspeed?s Richard Ollerenshaw, whose squad has contested just one round this season, added: ?Jordan is an exceptionally talented young driver and, even though he doesn?t turn 16 until next May, he is already a very accomplished single-seater racer with an extremely professional approach.

?Jordan and Cliff have a good relationship which stretches back a couple of years and, after testing with us, he made his choice and signed which we?re absolutely thrilled about. We?ll put together a very strong winter testing programme and we then aim to hit the ground running when the new season begins.?