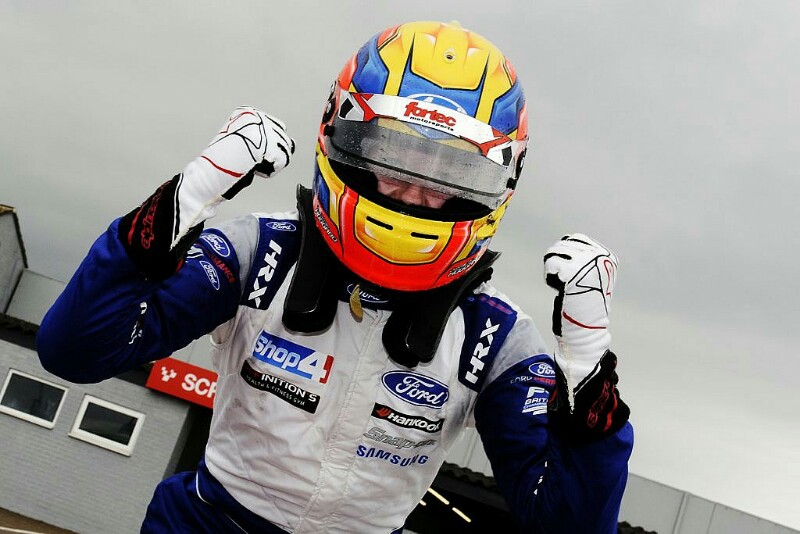 Johnathan Hoggard triumphed in the first British Formula 4 race at Donington Park, which came off the back of his first pole.

A difficult opening weekend at Brands Hatch left Hoggard seventh in the points and although he now sits in fourth, his margin to the top still exceeds the amount of points available in one race.

Hoggard was imperious at Donington, never looking truly under threat up front from Seb Priaulx, who overtook Arden team-mates Patrik Pasma and Dennis Hauger at the start.

His lead gap was shrunk by a safety car period, required to remove the stricken car of Kiern Jewiss, but it grew once again when the cars were released and he finished with 1.215 seconds in hand.

The safety car restart proved to be the end of Pasma’s race, and the final podium spot became a fight between Red Bull juniors and team-mates Hauger and Jack Doohan.

Doohan won that battle, getting past on the penultimate lap and keeping the position to the flag, which now means Doohan is the higher placed of the two in the standings.

Hampus Ericsson finished fifth, and took race two pole as a result, with championship leader Ayrton Simmons sixth from 10th on the grid.