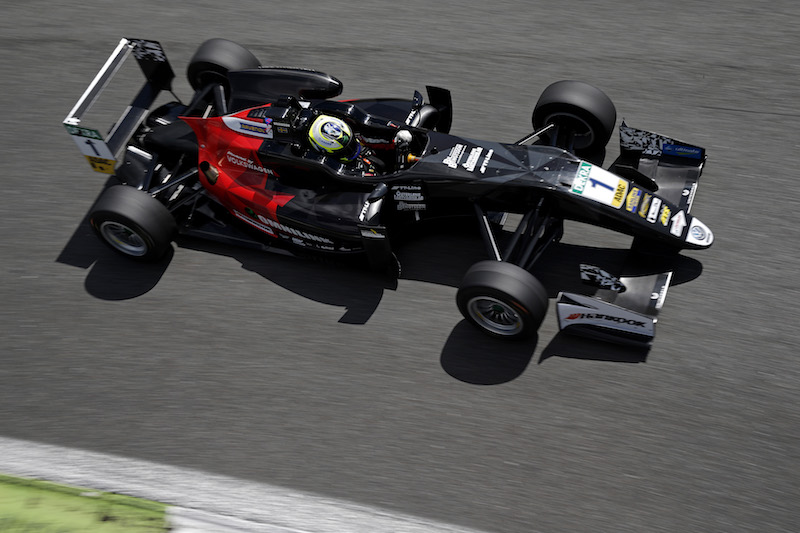 Eriksson made a great start from pole position, and did not look back from there. Norris was visibly quicker, but had to make his way past Mick Schumacher after the Briton made a poor start from the front row.

After Norris got past Schumacher on lap six of an eventual 20, he started to close the gap to Eriksson, but the three-second advantage after those six laps was just too much.

Norris did pressure Eriksson, but the Swede made no mistakes as he took another win. The gap at the finish was just 0.735s. Eriksson’s left-side mirror fell off on the penultimate lap, but did not have to start going?defensive anyway.

Schumacher rounded out the podium, despite light contact with team-mate Callum Ilott at the start, whilst Maximilian Gunther finished fourth after a thrilling tussle between multiple cars for that position.

Ferdinand Habsburg, who finished fifth after a poor first lap which saw him run wide, challenged Gunther for that fourth place right to the final few laps.

Guan Yu Zhou finished sixth, ahead of team-mate Ilott. Ilott dropped back early on in the race, but fought back to finish seventh ahead of Jehan Daruvala, Ralf Aron and Nikita Mazepin. All of those cars who finished in the points got involved in the thrilling slipstreaming battle the fast Monza circuit encourages.

However it was a complete disaster for Van Amersfoort Racing. David Beckmann pitted early with an issue, and later received a time penalty for track limits.

Pedro Piquet spun off six laps into the race, and Joey Mawson and Harrison Newey suffered from a puncture and front wing damage respectively. Both Mawson and Newey were involved in the battle for fourth but finished outside of the points.

Carlin’s Jake Dennis was involved in an incident with Mawson?at the first chicane and suffered a puncture.

Eriksson’s victory takes him to the top of the championship, having been tied with?Norris. Eriksson also starts on pole for race 3 later today after having his second-best lap in qualifying reinstated following a track limits investigation.