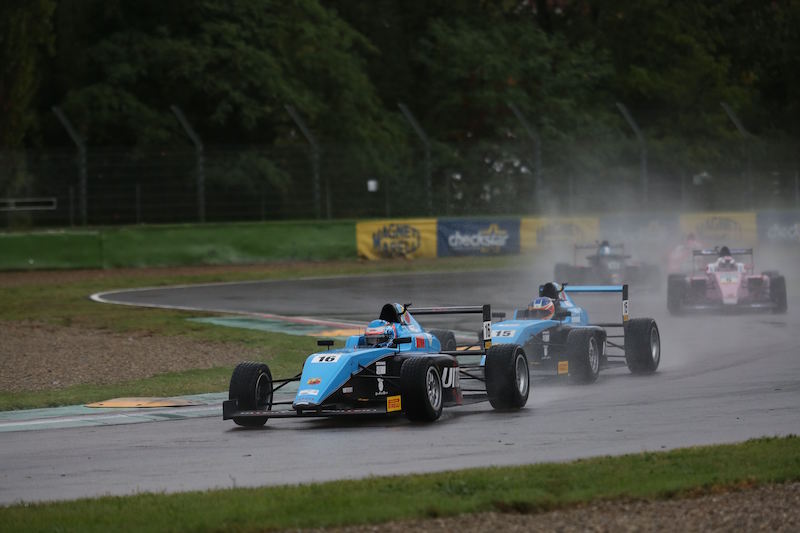 A rain-delayed and shortened Italian Formula 4 race at Imola led to a dominant victory for Jenzer Motorsport?s Job van Uitert.

The Dutchman started from pole and finished 7.4 seconds ahead of Juri Vips, who started the race in seventh position.

Van Uitert?s team-mate Kush Maini got his first podium of the season in third, with championship leader Marcus Armstrong and his rival Lorenzo Colombo finishing in fourth and fifth.

Armstrong?s championship lead remains at 27 points, although van Uitert is now his closest challenger. Vips, who is only competing a part season, is now up to sixth in the standings.