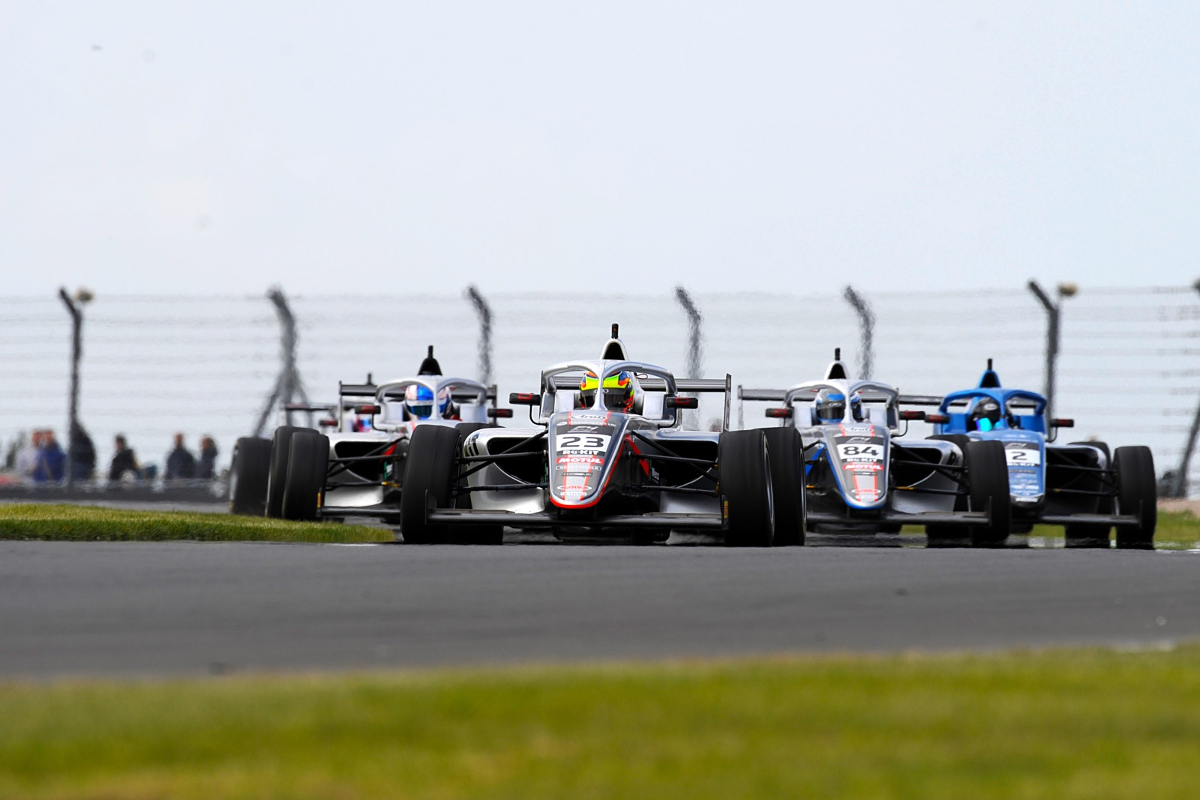 Loake jumped up to second after Edward Pearson stalled from the front row, but e wasn’t able to stick with Dimitrov in the opening laps. Dimitrov gradually opened up a gap to Loake of almost two seconds.

Midway through the race Loake was the faster of the two, and began to close back in on Dimitrov. Mercedes-AMG Formula 1 junior Daniel Guinchard was close behind him in third, meaning any failed attack could have cost him a place.

Guinchard made multiple attempts to find a way past Loake, and Dimitrov didn’t pull away from the battle.

Loake eventually was able to get alongside Dimitrov and tried a move around the outside of his JHR Developments team-mate, but was forced over the kerbs and stayed second.

Another attempt sent him over the grass and into the gravel trap, allowing Hitech GP’s race one winner Alex Dunne to challenge for second. Loake tried to fight back, but Dunne came through to take the position.

Dunne, who had spent much of the race battling Virtuosi Racing’s Michael Shin and team-mate Eduardo Coseteng for fourth, closed in on Dimitrov but ran out of laps before he could make a move, finishing 0.197s behind.

Shin tried to follow Dunne past Loake and made slight contact with him. Both drivers held on and Loake came through to finish third, less than half a second ahead of fastest lap holder Shin.

Coseteng finished fifth, ahead of Guinchard who fell backward after his early challenge at the front of the field.

Elsewhere there was drama for Aiden Neate and Ollie Gray who made contact early on. Neate damaged his front wing and had to pit for repairs, while Gray suffered a rear-right puncture that took him out of the race.

Pearson climbed back up through the field after his stall to take seventh, ahead of Joel Pearson and Ugo Ugochukwu, who also stalled off the line. Oliver Stewart completed the top 10.