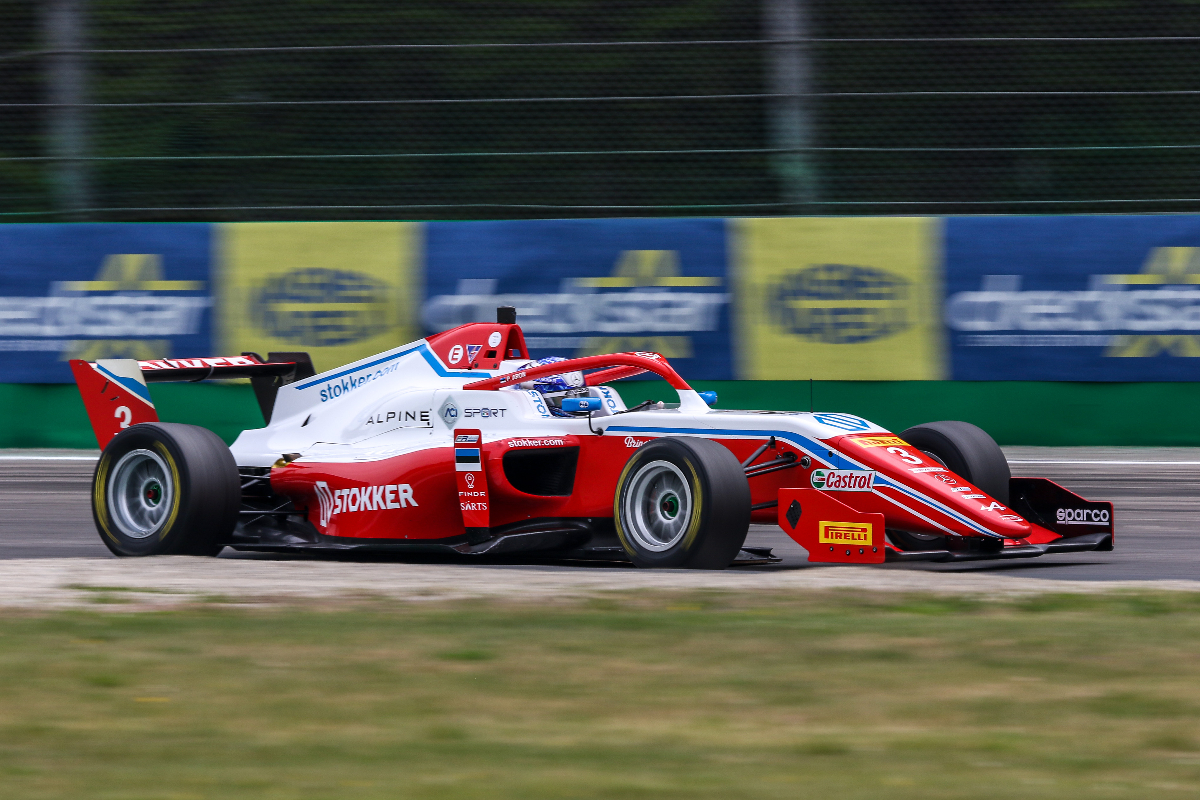 The split qualifying format meant the grid went out in two halves, with ‘Group B’ running first on a track that was declared wet but rapidly dried.

Van Amersfoort Racing’s Kas Haverkort then went to the top, setting a 1m50.513s to sit 0.825 seconds up on R-ace GP’s Lorenzo Fluxa. They looked to be demoted by ART Grand Prix’s Gabriele Mini and Capietto when red flags were waved with three-and-a-half minutes to go, stopping their progress.

Dilano van’t Hoff had crashed on the run to the second chicane, and the MP Motorsport driver had his two best laps deleted.

There was little time left after the restart, and at the very end Mini went top with a 1m49.772s. That was 0.276s faster than team-mate Mari Boya, and 0.701s quicker than Haverkort.

Next up was Tim Tramnitz, Maceo Capietto, Laurens van Hoepen, Fluxa, Joshua Dufek and Victor Bernier. Capietto, Bernier and Joshua Duerksen got two-place penalties in race one issued post-race for cutting the chicane at a late restart, while van Hoepen has a two-place grid penalty after he clashed with Eduardo Barrichello in race one.

Group A had a significantly drier track, and so drivers looked for slipstreams rather than dry asphalt.

Gabriel Bortoleto, Francesco Braschi and Barrichello all took turns as fastest before Belov set a 1m49.273s that meant Group A would feature the pole-sitter.

Belov was soon beaten by Aron, who was working with Beganovic to optimise the slipstream. Beganovic then went fastest, and with Aron’s turn to get the tow on the final lap he then snatched back the fastest lap and pole.

Sebastian Montoya made it a Prema 1-2-3 in the group, ahead of Hadrien David, Belov, Bortoleto and Duerksen.

Roman Bilinski and Pietro Delli Guanti jumped into the top 10 at the end, but Delli Guanti has a three-place grid penalty for a race one incident with van’t Hoff.