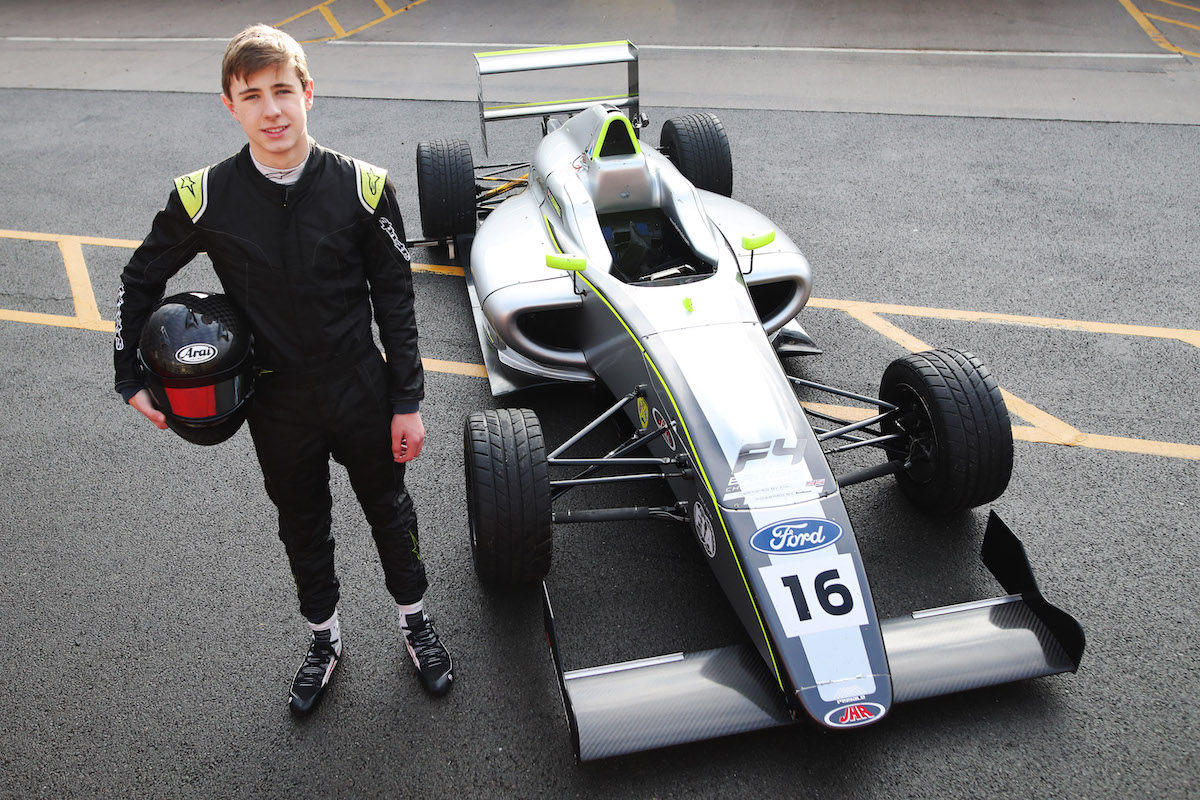 British-American karter McKenzy Cresswell will make the step up to car racing with JHR Developments in the 2021 British Formula 4 championship.

Cresswell, who was born in the UK but raised in Austin, Texas, has spent the past three years competing in British karting championships.

The 14-year-old most recently ran in the Rotax Winter Cup, and has spent 2020 testing a variety of cars, including the Ginetta Junior spec G40 with Richardson Racing.

“This is a great opportunity for me to show what I’ve got in the very competitive F4 British Championship as, ever since I moved to the UK, it has been a dream of mine to race in this prestigious series,” he said.

“JHR Developments has made me feel right at home. I’m proud to be racing for a team with such a long history of success in F4 and very grateful for the opportunity.  Being a rookie straight out of karts, there’s a lot to learn but winter testing has gone better than I expected. I spent a lot of time training with iZone Performance during the summer lockdown, which prepared me well for the switch to single seaters.”

Team principal Steven Hunter added: “We are really happy to welcome McKenzy to the team as he begins his journey in single-seaters. We were impressed with his performances in karts and he has followed that up by showing pace and maturity when testing the F4 British Championship car as well. We are looking forward to working with him for the full season in 2021 and helping him to achieve his goals.”

Cresswell is the first driver to be announced for JHR Development’s 2021 campaign, with further announcements on drivers for both British F4 and F3 to come.