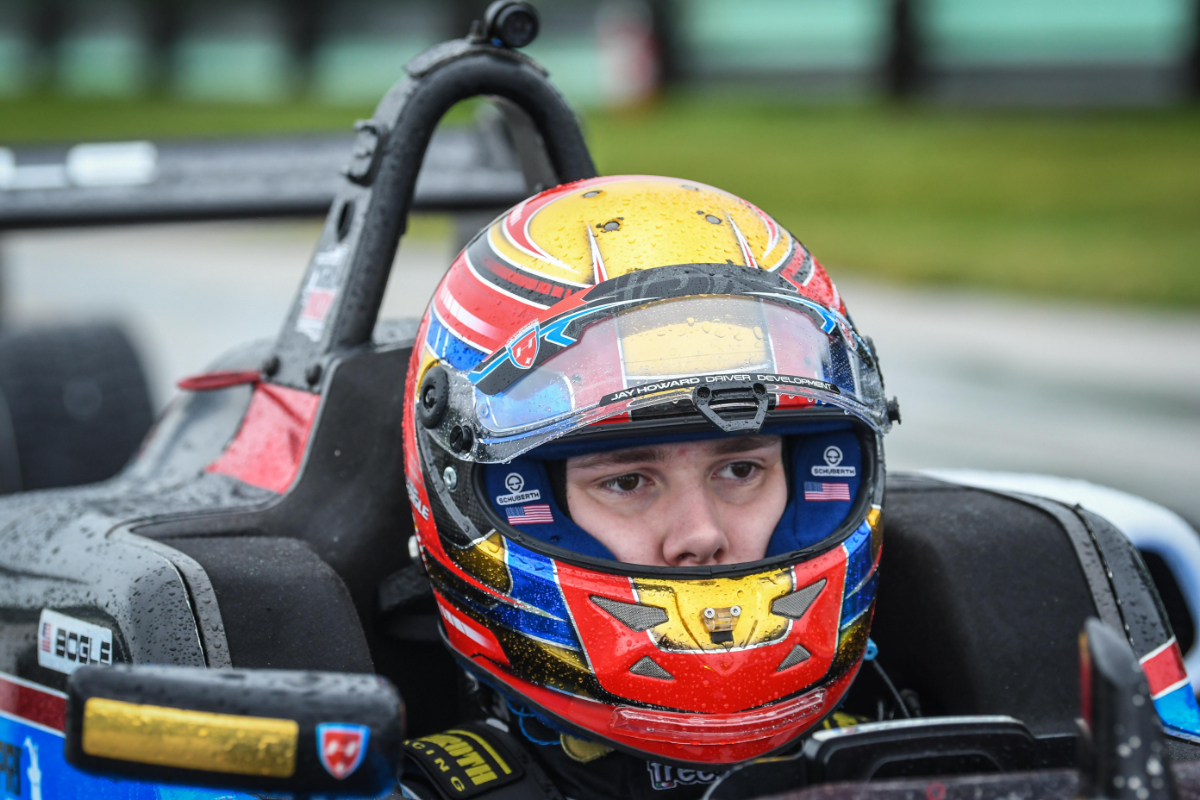 Jay Howard Driver Development has announced it will return to Formula Regional Americas this year, with Christian Bogle signed to drive for the team.

The 19-year-old has spent the last three years racing a variety of single-seater cars in America, from Formula 4 up to Atlantics, and mostly with JHDD. Bogle did part-time campaigns in US F4 in 2018 and ’19, ending the latter with a double win.

He entered one championship race in 2020, as he won the Mid-Ohio season opener that was deemed too short to award points, and was then disqualified from victory in the next race. He then withdrew from the series and joined JHDD in USF2000.

“I am extremely excited to be running in the FRegional Americas program with Jay Howard Driver Development,” said Bogle.

“I believe that this will be a great learning opportunity to develop myself further as a driver, and I can’t wait to get the season underway.”

Over this winter he’s tested in FRegional Americas’ Regional Formula 3-spec car, which JHDD bought last year and raced once in the series after the cancellation of its Indy Lights plans.

“It’s been a pleasure having Christian on the JHDD team in recent years,” said team owner Howard.

“Not only is Christian a great guy, but his dedication to his craft is exemplary and that makes him a pleasure to work with.

“Being able to team up together for a FRegional Americas campaign is an exciting challenge for both him as a driver and us as a team, and I have no doubts that Christian will continue to further his skills on his journey towards becoming a professional driver.”