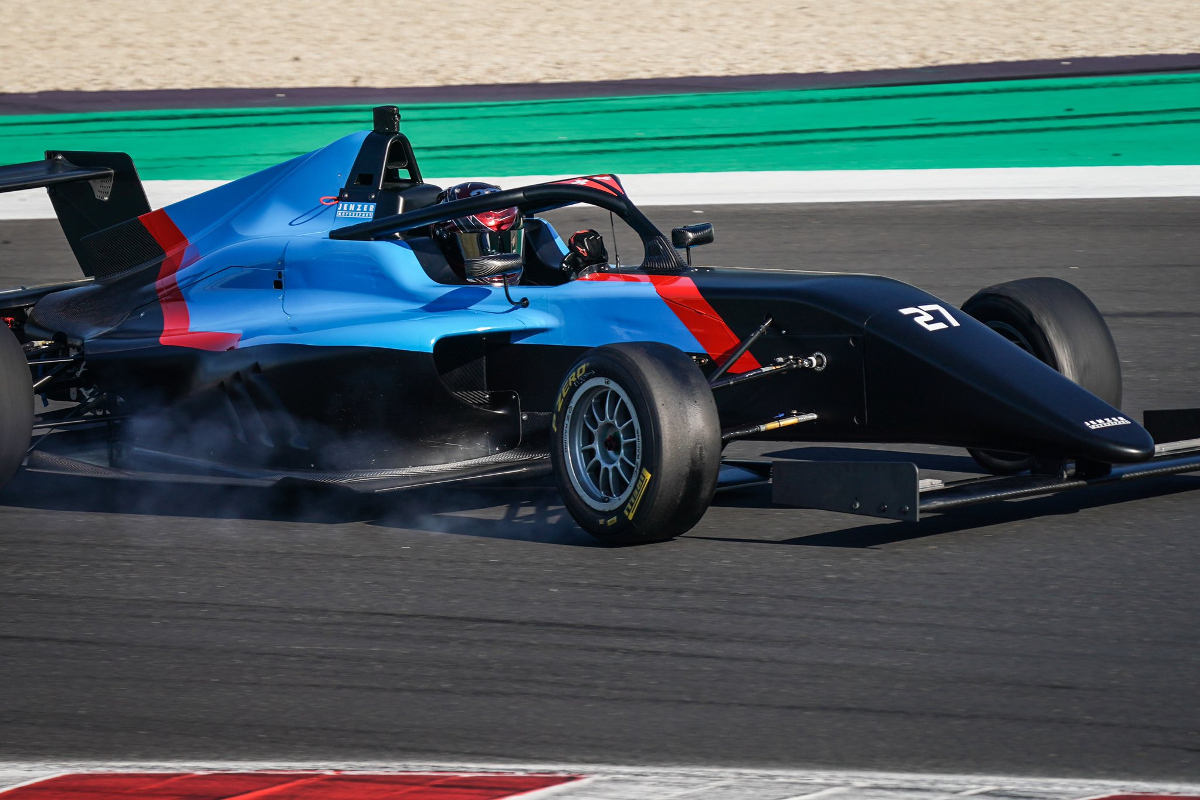 Jenzer Motorsport will compete full-time in ADAC Formula 4 this year with three cars, while Van Amersfoort Racing has withdrawn from this weekend’s season opener over supply chain concerns.

Instability in the global supply chain through the COVID-19 pandemic, and recently worsened by Russia’s invasion of Ukraine, has disrupted the production and delivery of electronic parts and caused delays in the automotive industry.

The new Tatuus T-421 car being introduced to ADAC F4 and series across the globe has faced persistent supply chain problems, with races already cancelled due to cars not being ready on time.

“We have decided to withdraw our five-car entry from the opening round of the ADAC F4 championship,” VAR announced in a statement.

“Reason being is that the late delivery of cars, which has already strongly disrupted our pre-season testing so far, has caused a serious lack of preparation time. This time shortage has a negative effect on the process of properly building cars, not allowing us to guarantee the high safety standards we have in place.

“We want to make it clear that we are not blaming Tatuus for the current situation, as we realise that the delays are caused by uncontrollable external factors such as lack of raw materials. We are currently evaluating the options of participating in other F4 rounds after the Spa event.”

The team’s chief executive officer Rob Niessink added: “As a team, we carry an enormous responsibility each time we send our young drivers out on-track, hence we take the build of our cars extremely serious.

“Receiving partial cars and parts at the actual event, leaving only hours to build them, simply does not fit our safety protocols. I am grateful to all our clients, who agree and support our decision. As we are not the only ones facing these issues, it strikes me to see that not more or even all parties share our concern and act accordingly.”

Jenzer’s own ADAC F4 preparations have been impacted by this, as it was supposed to run four cars at Spa-Francorchamps this weekend but only has complete delivery of three.

It will run Nandhavud Bhirombhakdi and Rasmus Joutsimies full-time, with Ethan Ischer making a guest appearance at Spa to prepare for Italian F4 while full-season signing Samir Ben – who came 27th in Italian F4 in 2021 – joins at round two as “unfortunately his racing car was delivered very incompletely”, ruling him out of Spa.

Bhirombhakdi debuted in cars this year in F4 United Arab Emirates, taking a best finish of 15th. The 15-year-old Thai focused on testing in 2021, having swept his home country’s junior karting scene in 2020.

Finland’s Joutsimies, 19, has raced OK karts since 2018 and came eighth in the 2020 CIK-FIA World Karting Championship.

A grid of close to 20 cars is expected for Spa, while spare parts issues have also hit Tatuus customers in Britain as GB3 and GB4 pre-season testing was restricted due to MotorSport Vision not having parts in stock.