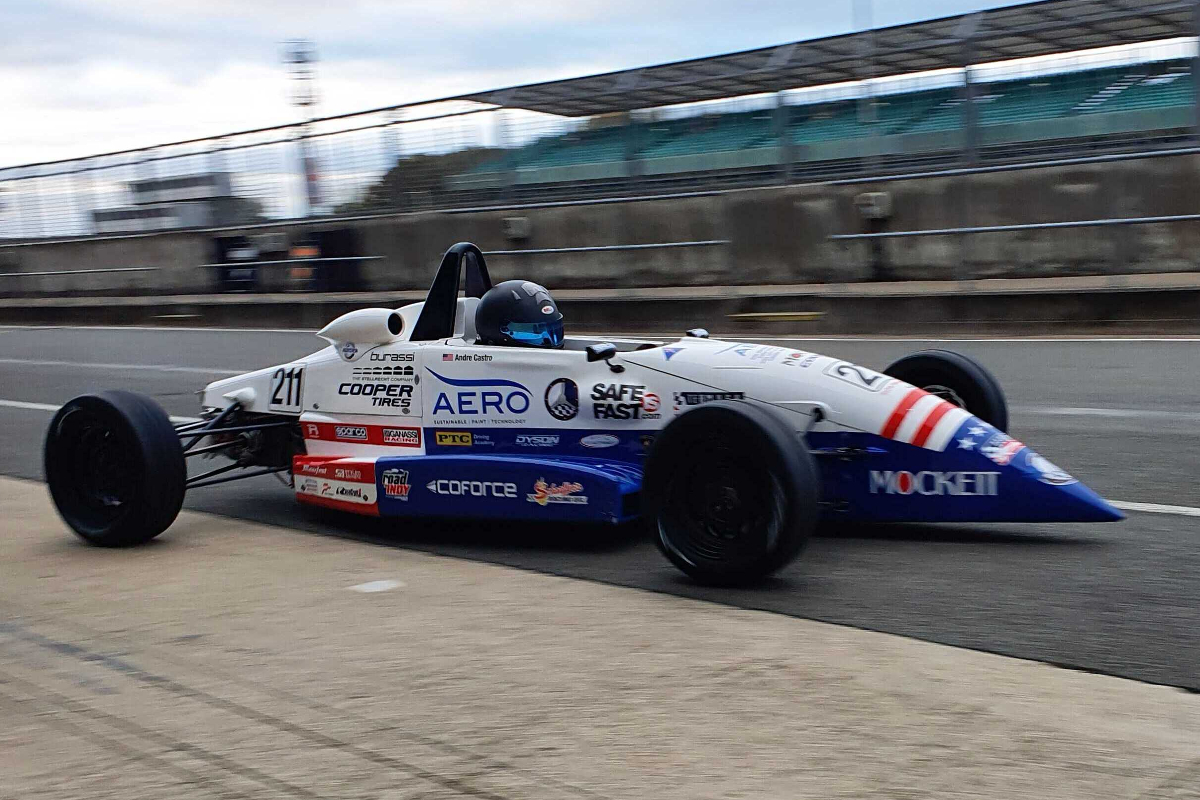 Team USA scholar Andre Castro has chosen the new USF Juniors series for his single-seater programme in 2022, moving down a rung on the Road to Indy.

The 23-year-old’s car racing career has been part-time due to budget since starting in single-seaters in 2017, when he did four races in USF2000. In 2019 he raced in EuroNASCAR’s second tier, taking a pole and four podiums.

After three races in 2020 he was out of racing again until another part-time USF2000 run and a F1600 Championship Series appearance in 2021. With Team USA he then came third in the Formula Ford Festival and raced in the Walter Hayes Trophy.

Castro has now signed with International Motorsport to contest USF Juniors, a new series for first-generation Formula 4 cars positioned below USF2000 on the Road to Indy. He will be one of three drivers at the team, with the third yet to be named.

“I’m excited to be working with International Motorsport throughout this inaugural USF Juniors season,” said Castro.

“The whole team is raring to get going and I thoroughly enjoyed working with everyone at our successful first test in Barber. Thanks so much to Doug Mockett and to the International team for believing in me and for trusting in this project; now it’s time to get to work.”

Elsewhere on the grid, Crosslink/Kiwi Motorsport has signed FFord Festival finalist Jeremy Fairbain, who has experience of the USF Juniors car from his time in United States F4, DC Autosport with Cape Motorsports has added 16-year-old Ethan Ho to its line-up. Ho was Skip Barber Formula Race Series runner-up in 2020, and appeared in F4 Western last year.