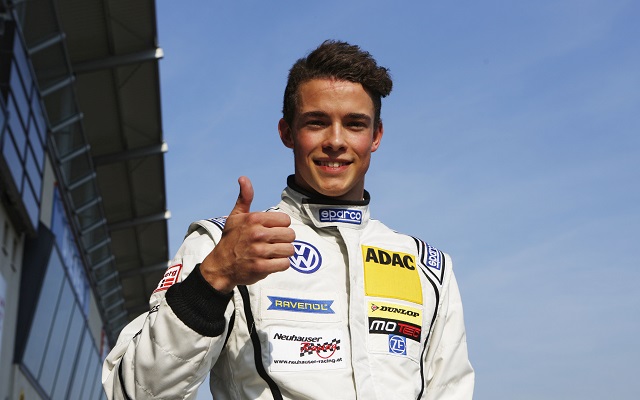 Dane?Mikkel Jensen?got his 2014 campaign off to a superb start, putting in a dominant display in race one of the ADAC Formel Masters at Oschersleben this afternoon.

Fellow front row starter Maximilian Gunther looked to have gotten the better of the Dane at the start and the pair were wheel-to-wheel for several corners, yet it was Jensen who finally assumed the lead on the opening lap.

After that, the Neuhauser racer was largely untroubled in first and proceeded to cruise to his first victory in the series, taking the flag more than three seconds ahead of his German rival.

Further back?Marvin Dienst,?Kim-Luis Schramm and?Ralph Boschung were all hit with drive-through penalties for jump starts and all three would later retire from the race. Their penalties paved way for Tim Zimmermann, who took over in third and put in an admirable display in his first car race to finish on the podium.

Fabian Schiller was fourth for most of the race, but ran wide onto the grass with a couple of laps to go, allowing?Dennis Marschall to take the position ahead of him. Joel Eriksson came home sixth just ahead of?Philip Hamprecht,?Igor Walilko,?Nico Menzel and?Giorgio Maggi, who rounded out the points.