Jensen takes bizarre victory in race one at Zandvoort 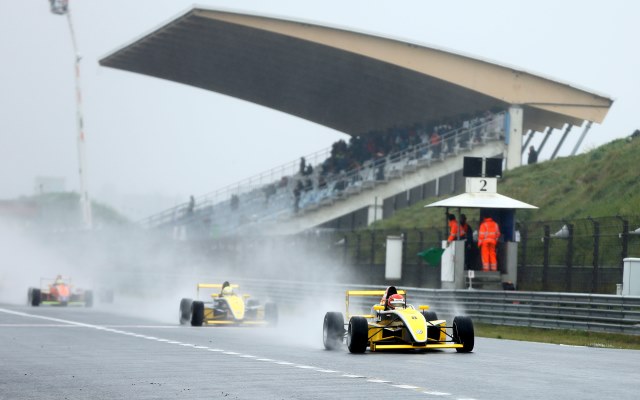 Danish driver Mikkel Jensen increased his lead at the top of the ADAC Formel Masters standings by taking victory in a bizarre race one in tricky conditions at Zandvoort on Saturday afternoon.

The race was interrupted early on after an incident that took out several drivers including pole sitter Maximilian Gunther. The clock continued to run while crews worked on removing the stricken cars.

This left us with a mad four-lap race to the line in which Jensen outran Neuhauser Racing teammate Tim Zimmermann to take his second win of the season.

Mucke?s Kim-Luis Schramm came home third to pick up his first podium of the year ahead of Ralph Boschung and Marvin Dienst.

Race two kicks off on Sunday morning at 9:55 local time with Gunther on pole from Jensen.