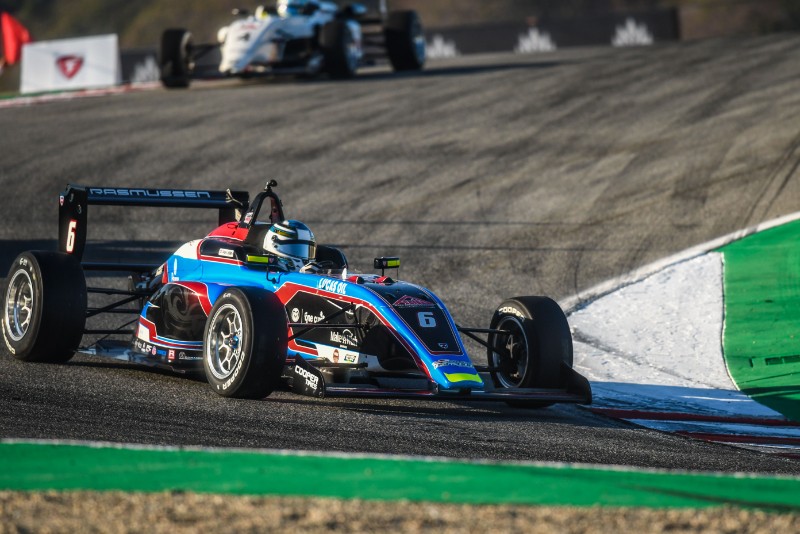 Jay Howard Driver Development has signed four drivers for the 2020 USF2000 season, two of whom will also race in United States Formula 4 for the team.

Christian Bogle, who has already been announced for next year, will be joined by Nolan Siegel in contesting both programmes.

Siegel, 15, impressed this year in a F4 cameo with the team, but had a tricky USF2000 season with Newman Wachs Racing with a best finish of 10th.

“I am very happy to be joining Jay Howard Driver Development for the 2020 USF2000 season!? said Siegel.

?After our successful weekend together in F4 at COTA, I am confident that we will be able to come away with solid finishes throughout the season.”

Christian Rasmussen returns to JHDD for a third season, after winning campaigns in F4 and USF2000, and will focus solely on winning the USF2000 title.

?I am very excited to start the 2020 season together with the JHDD crew,? the 19-year-old Dane said.

?2019 was a good year in many ways, and everything really came together at the end of the [USF2000] season.

“Being the driver with the most points out of everyone in the second half of the season makes my expectations very high for 2020.

“I’m 100% focused on winning the title, and I know that the team is as well. I think we have a good shot at it, and I can?t wait for the season to start!?

The fourth driver in JHDD’s USF2000 line-up is Wyatt Brichacek, who contested US F4 with the team in 2018 then returned to the squad for this year’s USF2000 season finale and finished eighth on his debut.

?I am very excited to be taking the next step in my career with a team I am already very comfortable with,? Brichacek said.

?I learned a lot in 2019 and combined with the team’s noteworthy first year on the Road to Indy, it?s looking like 2020 will be a very successful year.”