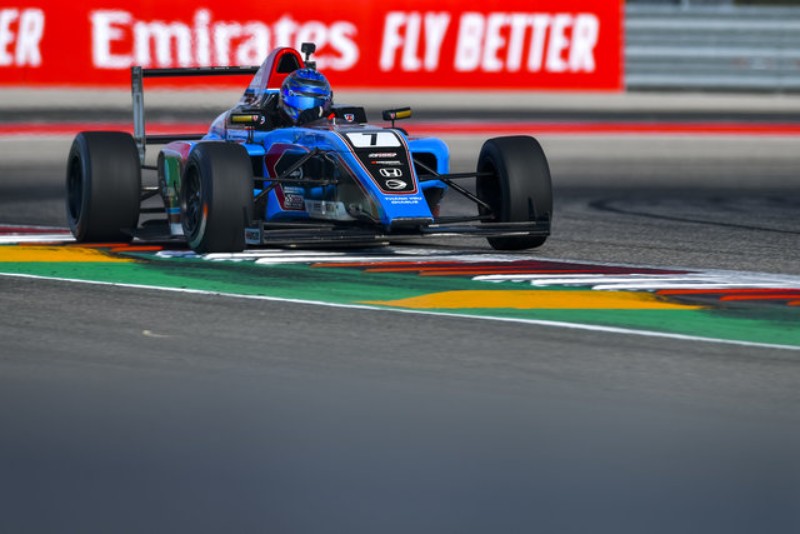 Christian Bogle will remain with Jay Howard Driver Development for a third successive season next year, and will contest a dual campaign in United States Formula 4 and USF2000 once again.

The 18-year-old finished 10th in his part-time US F4 campaign this year, winning both races of the Formula 1-supporting season finale at Circuit of the Americas, and took one top 10 finish to come home 17th in the USF2000 points.

JHDD has purchased two Dallara IL-15 chassis, the spec car used in Indy Lights, to use for a testing programme with Bogle. His first opportunity to drive the more powerful machine will come in next month’s post-season test at Sebring.

?I am super excited to be able to have the opportunity to test an Indy Lights car,? said Bogle.

?Coming from F4 and USF2000, it will be a pretty large jump but I?m sure it will be one of the most enjoyable things I?ve done to date! With the additional testing in Indy Lights, I?m hoping to see that help my performances in F4 and USF2000.?

Jay Howard’s decision to buy Indy Lights cars for his team is likely to result in a future entry into the championship.

?Not only is it fantastic to welcome Christian back to the team, but it?s also a big day for JHDD as we add two Indy Lights cars to our program,? he said.

?Christian showed remarkable progression throughout this season, and we believe adding an Indy Lights testing program to the mix will continue to challenge and further his development.

“It will also allow us to develop as a team, and by having two cars on hand we?re making it clear we want to run both of them for testing throughout the year, with an eye on expanding full time into the Indy Lights category for 2021.?