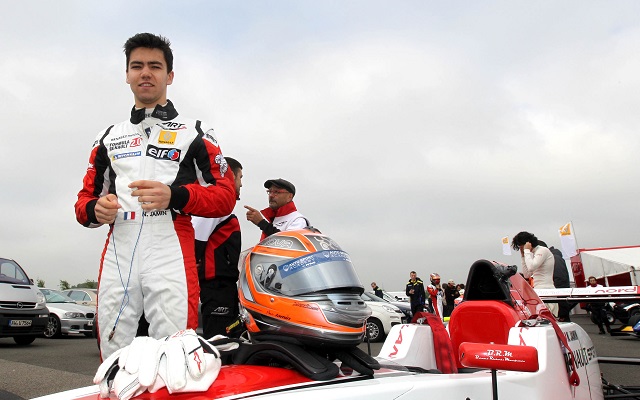 Formula Renault 2.0 NEC graduate Nicolas Jamin is the latest European single-seater driver to announce a move to Road to Indy, as he will join the US F2000 championship for the 2014 season as part of Belardi Auto Racing.

Jamin, 17, made his single-seater debut in French F4 in 2012, securing seventh with some impressive late-season performances. He got picked up by the ART Junior Team for a Formula Renault 2.0 NEC campaign in 2013 and took another seventh in the standings, amassing one podium at Silverstone along the way.

The youngster will join countryman and fellow French F4 graduate Florian Latorre at Belardi, whose lineup will be completed by Michael Epps and Daniel Burkett.

“I am so happy to participate with Belardi Auto Racing at the USF2000 Championship for 2014”, said an ecstatic Jamin. “After my first test, I had only one thing in mind: joining the other drivers in this category and Florian (Latorre) being one of my teammates next year! I want to thank Brian Belardi and Chuck Lessick enormously for trusting in me for next year. I will do my best to win races as soon as possible.”