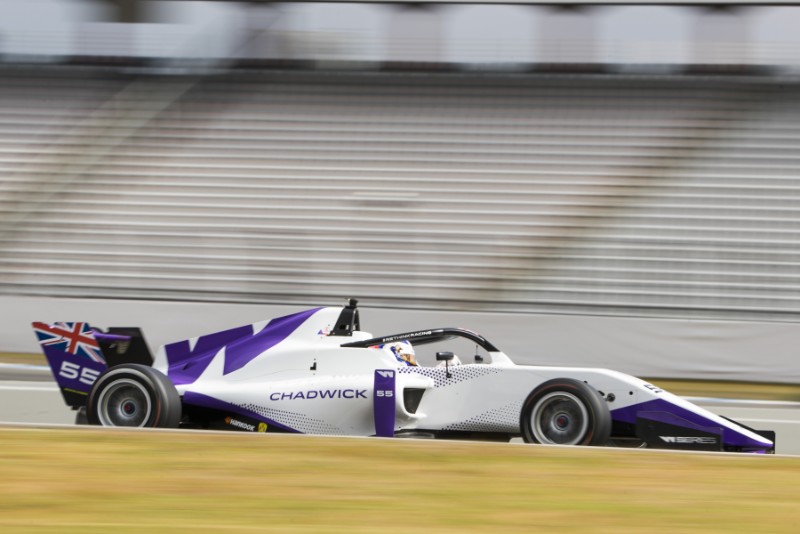 Jamie Chadwick recovered from an opening lap mistake to win the first ever W Series race at Hockenheim.

Polesitter Chadwick had dominated free practice and qualifying, and led away well from pole. However, she lost the race lead to reigning Britcar champion Sarah Moore when she ran wide at the hairpin later on in the opening lap.

Chadwick’s chance to retain the lead was delayed when Emma Kimilainen and Megan Gilkes collided spectacularly at the hairpin, which resulted in several laps of running behind the safety car.

At the restart, Chadwick passed Moore down in the inside of Turn 2, taking a lead she wouldn’t relinquish.

Meanwhile, Moore tumbled down the order with a mistake at the hairpin, allowing Alice Powell to take second place. Former Renault Formula 1 junior Marta Garcia was forced to settle for the final podium position, despite pressuring Powell for the second half of the race.

BMW junior Beitske Visser finished fourth, recovering from engine issues during qualifying that had left her fourth on the grid. Moore rounded out the top five on her return to single-seaters, after nearly a decade away.

Fabienne Wohlwend started on the front row, but finished in sixth position, failing to recover from her poor race start. Going in the opposite direction was Miki Koyama, who rose from 17th on the grid to take seventh place.