written by Steve Whitfield 4 May 2019 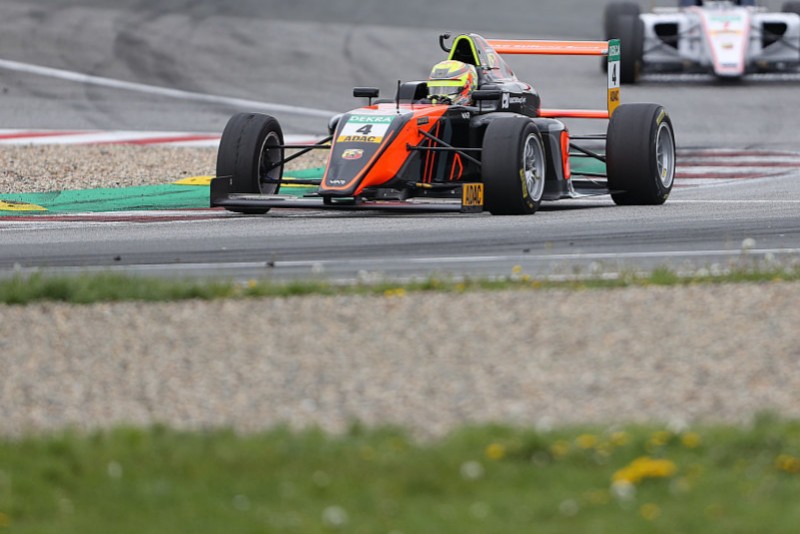 Van Amersfoort?s Niklas Krutten secured two pole positions, with Prema?s Giancluca Petecof claiming the other, ahead of the opening races of the Italian F4 season at Vallelunga.

Ferrari Formula 1 junior Petecof will start from pole for race one after setting the fastest time by almost one second in the first qualifying session, held in wet conditions.

US Racing?s Roman Stanek was second fastest, ahead of SMP protege Mikhail Belov, a further 0.1s behind. The Bhaitech driver will start from outside the top ten in the second and third races.

Krutten secured pole positions for races two and three by topping the timesheets in the second session by a quarter of a second ? held in slightly improved conditions – the German?s second fastest time good enough to secure race three pole.

Stanek again set the second fastest time in the second session, but the Czech karting graduate will start further back in race three.

Red Bull Junior Denis Hauger, who dominated the top of the timesheets in practice, was only 12th fastest in the first session for VAR, but will line up in third and fifth for races two and three after a stronger second session.? His?team-mate Ido Cohen showed consistency by setting the fifth fastest time in both sessions and will start from third in race three.

R-ace GP?s Gregoire Saucy set the fourth fastest time in both sessions and will start from seventh in race three.

2018 Italian F4 race-winner William Alatalo – another driver expected to shine – will start down the field in all three races after ending up 14th and 17th fastest in the two sessions for Mucke Motorsport.