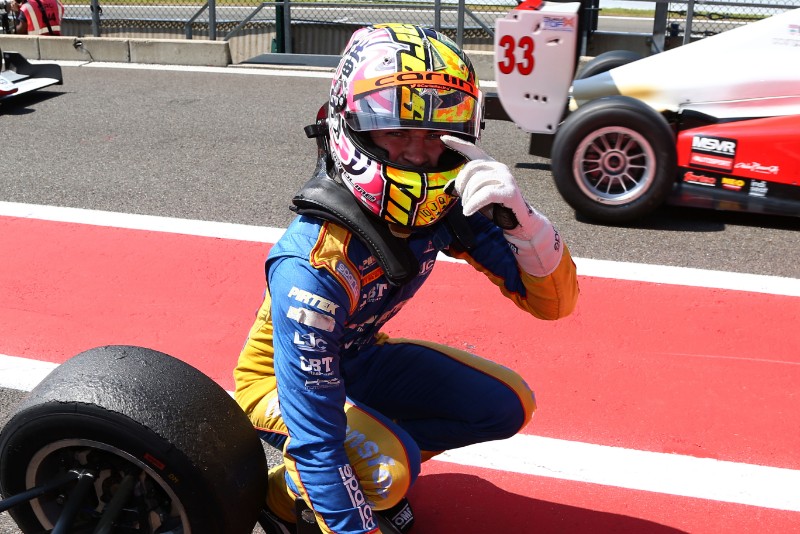 Jamie Caroline will contest the final Asian Formula 3 Winter Series round with BlackArts Racing, and will be joined by ADAC Formula 4 driver Joey Alders.

The 20-year-old has raced irregularly since winning the 2017 British F4 title, cameoing in USF2000 and BRDC British F3, the latter in which he won twice. His Asian F3 debut will take place at Sepang, and will also encompass a two-day test in a Lamborghini Super Trofeo Asia car ahead of a potential move to the series.

?I am excited to be joining BAR for my first Asian F3 event, especially at one of the best circuits in Asia?, Caroline said.

?I know the team has had a lot of success and I am hoping to add to that next weekend?.

BlackArts Racing team principal Bill O?Brien added: ?With the addition of Jamie in the last round of the Asian Winter Series, BAR is preparing for a major push in the regular 2019 season of Asian F3. We will have a strong lineup?.

Caroline’s 12 race appearances in 2018 were enough for him to make it as a finalist in the McLaren Autosport BRDC Award, although he lost out on winning the award to British F3 rival Tom Gamble.

Alders has no prior experience of F3, having moved up to single-seaters last year with Van Amersfoort Racing in ADAC F4.

The 19 year-old Dutchman has recently been testing one of BlackArts’ Asian Formula Renault cars, but will make his race debut with the team in F3.

?I am very excited to race at Sepang and very thankful to BAR that they are giving me this opportunity?, commented Alders. ?I am hoping to gain as much experience as possible?.

?He has strong natural talent and works well applying the data to improve his lap times. F3 will be a new challenge for him and we are looking forward to being part of furthering his pro racing career?.

Caroline and Alders will join Vivien Keszthelyi at the team, the Hungarian having managed a best finish of eighth over the first two rounds.