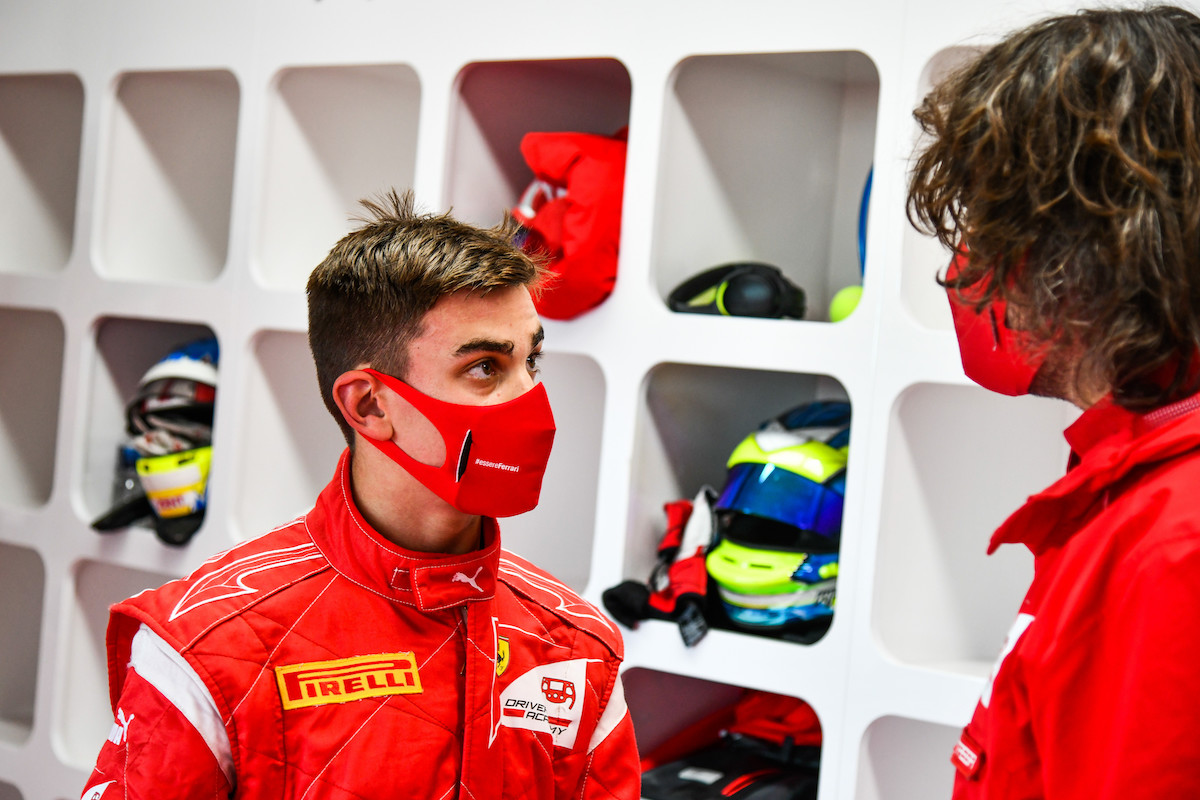 The Ferrari Driver Academy has named Australian karter James Wharton as the winner of its inaugural scouting world final.

Wharton had been selected for the evaluation camp held at Maranello in October through the FDA’s new relationship with Motorsport Australia for detecting talent in the Asia-Pacific region.

Wharton, 14, was recently added to the All Road Management stable of Nicolas Todt, who has guided the career of Ferrari Formula 1 star Charles Leclerc.

He is set to continue in karting in 2021, but will also undertake a training programme with the FDA with a view to stepping up to F4. He turns 15 on July 8 next year.

“James Wharton impressed us in many ways,” said FDA head Marco Matassa. “He has considerable natural speed and he combines this with the ability to listen and put into practice the advice he is given. We saw that at Fiorano from the way he drove in both dry and wet conditions.

“His level-headed and positive attitude, his ability as a team player and his cheerful nature make him particularly suitable for motor sport, which requires a driver to perform on track but also to be able to communicate with the team so as to help them with their work.

“Being able to express the feeling from the car into words is no easy matter and James proved adept at it. He is also well educated, respectful and humble; values which fit well with those of the FDA. James’ selection also shows that the FDA’s scouting system, which it expanded this year, works well and I’d like to thank Motorsport Australia for identifying James’ talent for us.”

Wharton raced in the OK senior class of karting this year with the Italian manufacturer Parolin, with his standout result being seventh in the WSK Euro Series, while he placed 17th in the recent world championship at Algarve.

He enjoyed a strong 2019 season at OK Junior level, finishing ninth in the European championship, second in the Winter Cup at Lonato as well as winning the USA SuperNationals in X30 Junior in Las Vegas. He was running second in the world championship – despite a fractured arm – when he suffered a mechanical issue.

“I am very happy to be selected as the best candidate in the camp, because it’s a reward for all the effort me and my family have always put into my dream of becoming a professional racing driver,” he said. “The FDA programme looks very interesting and I am sure it is the ideal path for me to progress.”